Duck072Videos here. I’m delighted to say I’m now an author at CPMountains. I would like to say a big ‘thank you’ to Torres 126 for kindly accepting me. So here’s a little bit about me!

In 2011, my best friend told me about this game he plays called ‘Club Penguin’ he told me about the EPF and Card-Jitsu mainly and then showed me him playing the game. I was desperate to join, as it seemed like so much fun. So in March 2012, I joined Club Penguin with him and another friend of mine watching. But how did I come up with my name? Funnily enough, I came up with it whilst standing on a see-saw before school. I thought of ‘Waddle around and meet new friends’- their slogan. Then, the fact that that penguins move about ‘gogo’ and finally stuck a ‘mc’ in the middle because I found it amusing.

I’ve always had a passion for Club Penguin, blogs and Club Penguin videos too, I watched CPBroadcast in early 2012 and also Graser10 (0f whom I’m still subscribed to to this day). In terms of blogs, the only one I read for the longest time was Club Penguin Memories. The YouTube videos inspired me to make my own CP videos too!

So that’s a bit about me, I’m looking forward to writing discussions and top 5/ 10 lists on this blog. Remember: this is the outfit I normally wear on Club Penguin: 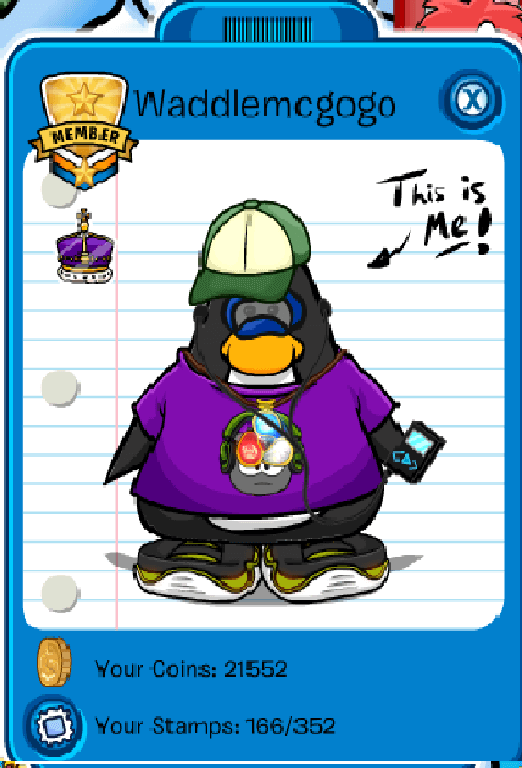