A new edition of the Club Penguin Rewritten Times has been released, containing details about the stage plays which have been nominated for the Penguin Play Awards, a review of the Anniversary Party and dates for upcoming content! 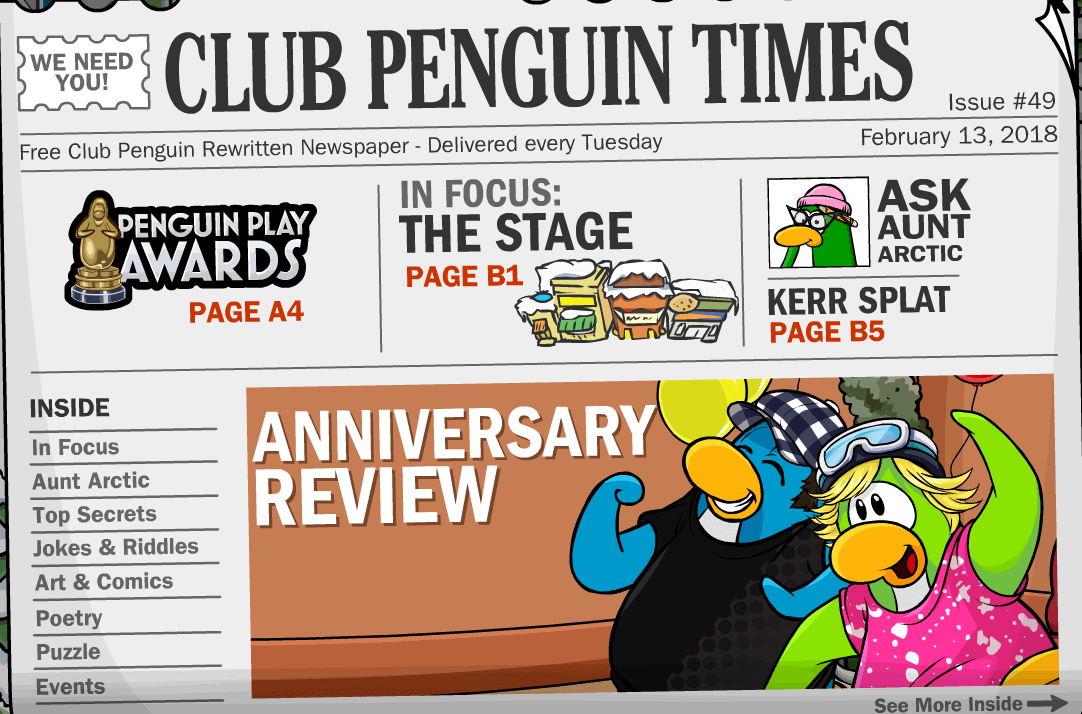 This edition of the paper revealed the top 5 stage play nominations:

We will be able to vote for our favourite plays as part of the Penguin Play Awards later today! The paper also revealed that:

I’m really excited for the Penguin Play Awards, which starts later today! Thank you very much for reading, be sure to check back for more of the latest news and guides!