A new edition of the Club Penguin Rewritten Times has been released, containing information on the updates coming to the game later today!

Sadly, for the next few weeks, some of the images might have poor quality as I’m away! However, I’m still going to try my best to maintain this blog. I’d suggest reading the paper online for the best experience, but I will summarise the news! 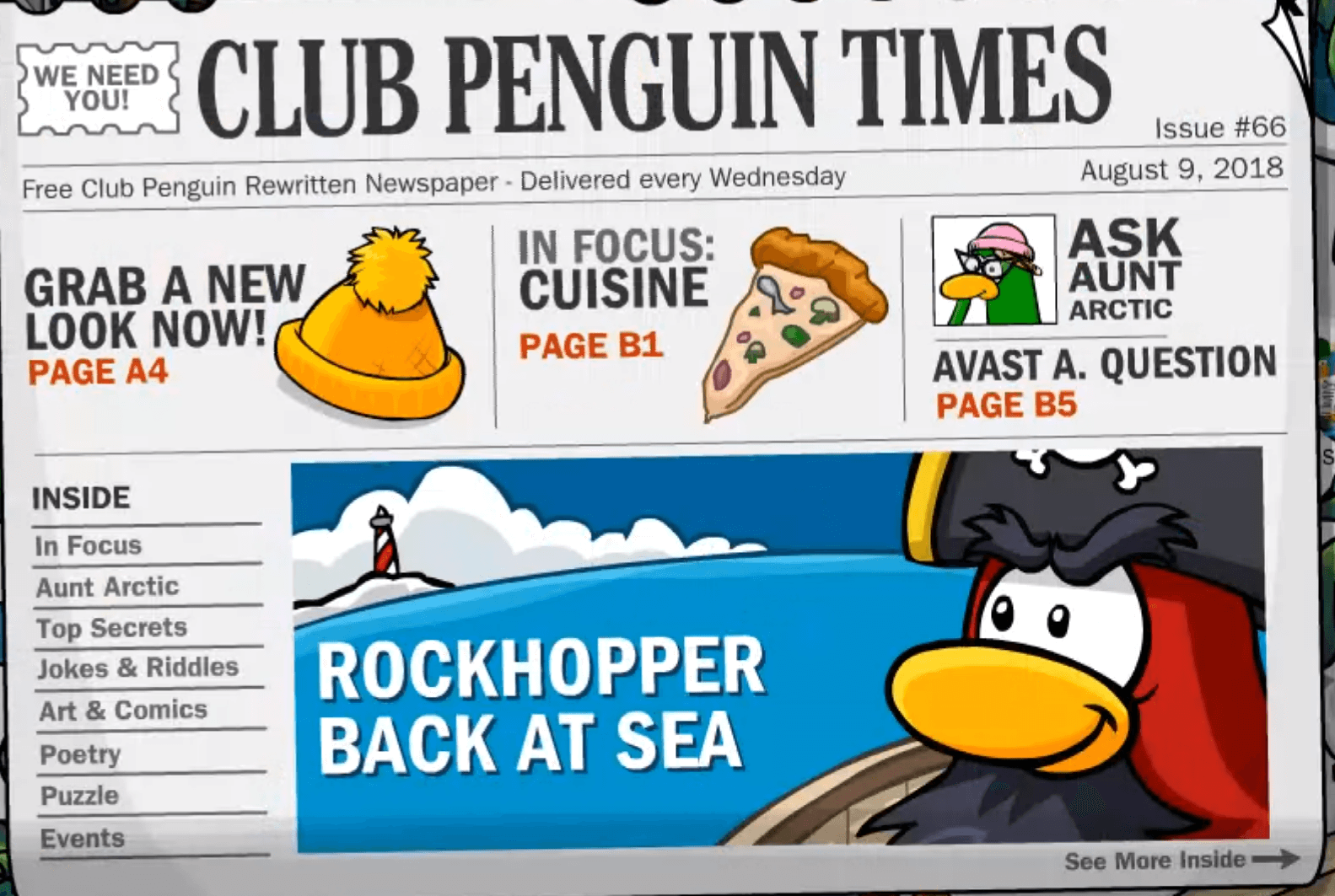 The paper revealed that later today, the Underwater Expedition Stage Play will be shown. A new Penguin Style will also release, filled with lots of sports items such as skis! Rockhopper will also sadly leave the island as the party ends.

In regards to the Island Adventure Party igloo contest, the results have been delayed until August 15th, but for an understandable reason. stu said the following:

We have like thousands of submissions, it’s going to take a while which is why we need more time. Better to do that than then just not finish looking at all the igloos and have people miss their chance

The new updates seem really cool, and they’ll be out later today! Thank you very much for reading, be sure to check back for more of the latest Club Penguin Rewritten news and guides!