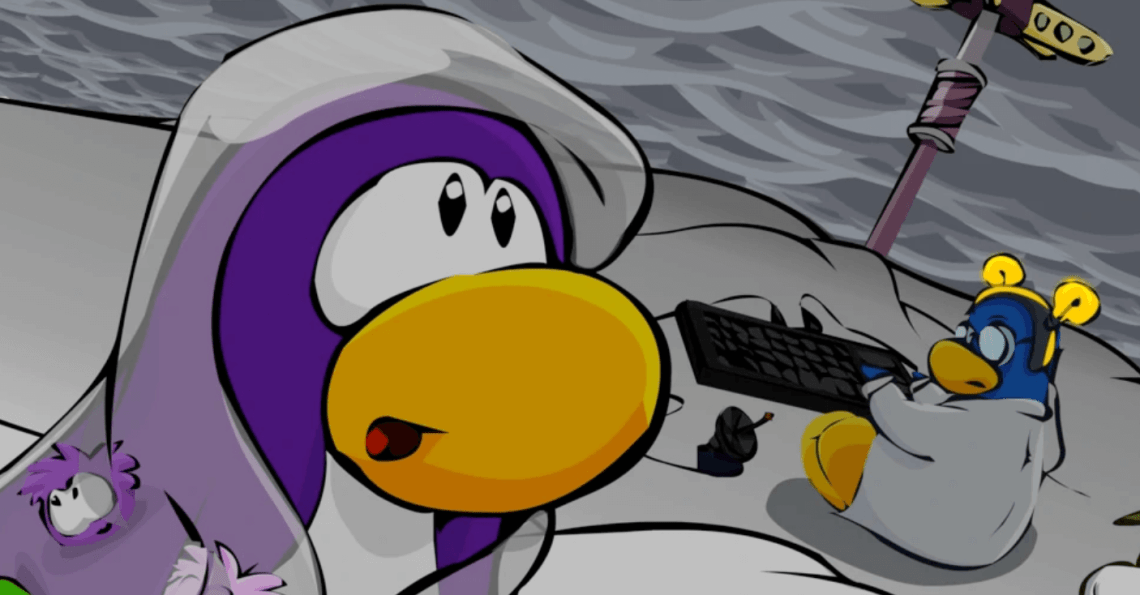 Earlier today, the Club Penguin Rewritten team shared something which appears to allude to a storm occurring on the island sometime soon, probably in the week ahead!

Weather forecast this week: Rain. Lots of it.

The team went on to indicate that there’ll be an umbrella item available on the island, probably similar to how the Cosmic Umbrella could be obtained during the Great Storm of 2017.

Furthermore, you may recall the sneak peek of the November party shared a couple of days ago which focused on the event’s name. It was extremely blurred out, which prevented people from seeing the full name. A new image has been shared, but it’s also heavily blurred.

A lot of people appear to be able to make out an “M” and an “S” though, which in combination with the news above, is leading many to think this could say “Operation Storm”. Whether or not that’s true is still a mystery!

November still seems to hold a lot of mysteries, but storms on the island are always fun! Thank you very much for reading, be sure to check back for more of the latest Club Penguin Rewritten news and guides!