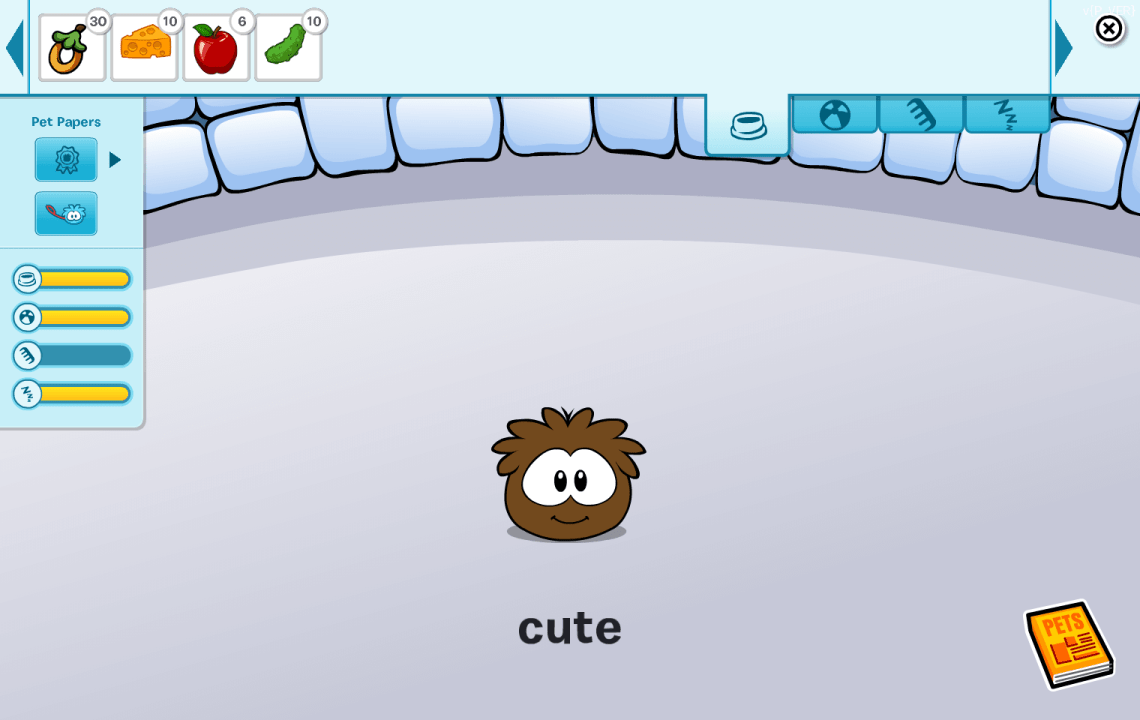 Following the announcement that puffles will be returning next month on Club Penguin Rewritten, the team have now revealed a few more details, include that the Puffle Party will be the main event for February!

Alongside that, the team have shared some more sneak peeks of the Puffle Care interface, which has bene entirely revamped. It’ll be possible to care for your puffle here, and also view “Pet Papers” such as the Adoption Certificate. The other change which the team have made relates to walking your puffle, as you’ll now be able to do this while also carrying a hand item.

The only other notable piece of information announced is that some of the accompanying updates to the relaunch of puffles, such as accessories and hats, won’t be released with the main update in February. These will arrive at a future date, but there’s not currently an estimated timeframe for that.