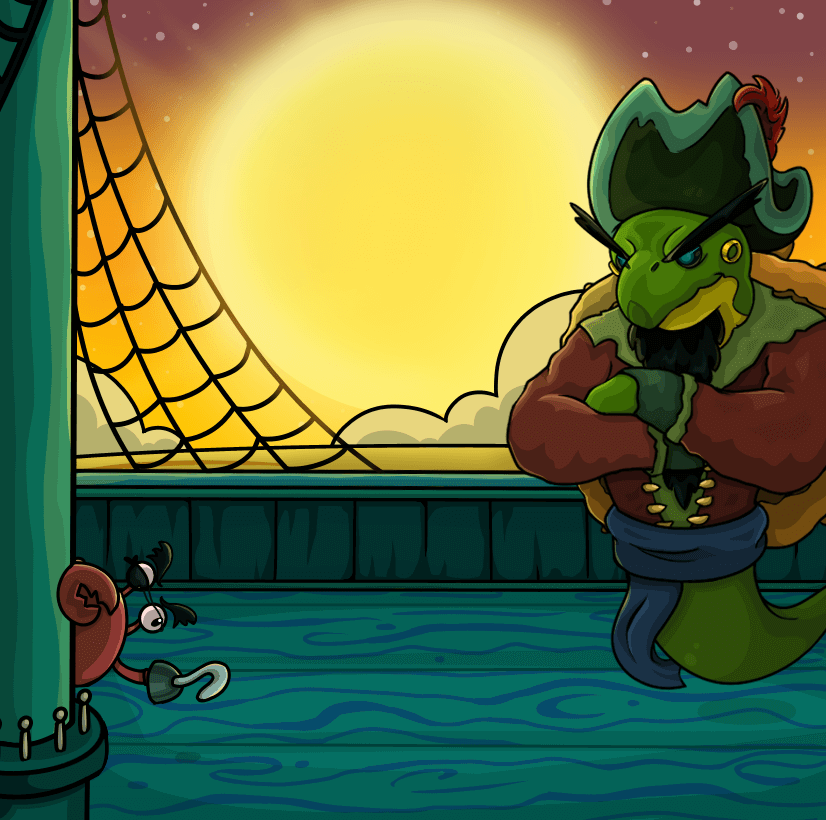 As you may be aware, the Club Penguin Rewritten will have been introducing a new mascot to the island for the Pirate Party, named Shellbeard! As part of this, the team have now released some of the artwork and designs which will feature him on the island.

The first piece relates to the background which you’ll be able to obtain by meeting him on the island when he begins visiting. It appears to depict Shellbeard on his ship, alongside a pirate crab and a magnificent sunset!

As he will be visiting the island though, Shellbeard will also need a new stamp for those who manage to meet him, and that’s what the second piece is! It appears that he will be an “Extreme” mascot, meaning that his visits probably won’t be that common, and the Pirate Party might be the first and last chance to catch him for a while.

For the best chance of meeting him, I’d recommend checking the Shellbeard Tracker, which will be kept updated with all the latest information about his visits. Thank you very much for reading, be sure to check back for more of the latest Club Penguin Rewritten news and guides!