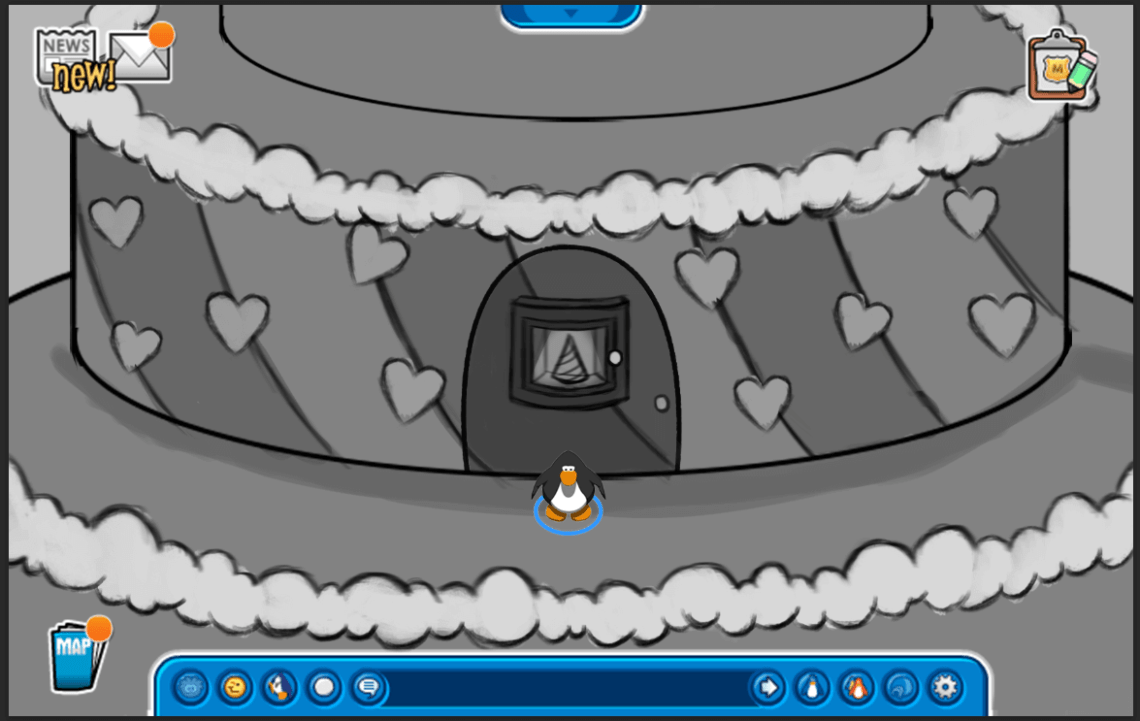 A couple of new sneak peeks have been released by the Club Penguin Rewritten team in regards to the 5th Anniversary Party due to take place next month! Each anniversary event typically has a cake, and this year will be no exception, with the team having released a sneak peek of this year’s cake.

It appears that each layer represents the colours of the Anniversary Hat from the previous four years, which is also a neat addition to the cake!

The other sneak peek is slightly more mysterious, but appears to show some sort of room where the cake has taken up the whole screen, and in the centre of it, the Anniversary Hat appears to be located. It’s possible that this could be similar to the trains at the Holiday Party last month, where you’re able to waddle around the cake layers without the room changing. However, it’s still quite a mystery!

In the meantime, don’t forget that it’s currently possible to influence some of the decorations at the event by voting! Thank you very much for reading, be sure to check back for more of the latest Club Penguin Rewritten news and guides!