Becoming a ninja on Club Penguin Rewritten has many benefits, including a new room, new items and an entire new catalog, and it is simple to do!

Firstly, you’ll want to head to the Dojo at the top of the map, where Sensei will greet you with a Card Jitsu Starter pack. With these 24 cards, which everyone has, you can begin to play other players in order to earn your belts. 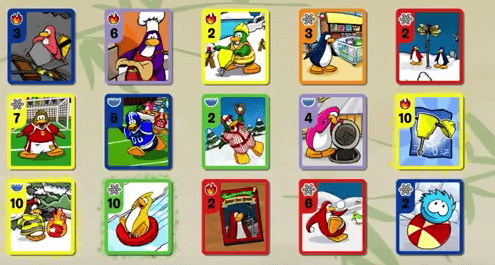 In order to play someone in Card Jitsu, you need to waddle to a mat which they are currently seated on and click “Yes” to sit on it. Alternatively, you can click Sensei on the right, click “Yes” and then choose “Earn my Belts”, but this usually takes a lot longer to do.

Once playing, you’ll be introduced to the game with you having five cards and your opponent also having five cards. You may also receive a power card, please note that their abilities do not work yet and can be treated as a normal card. 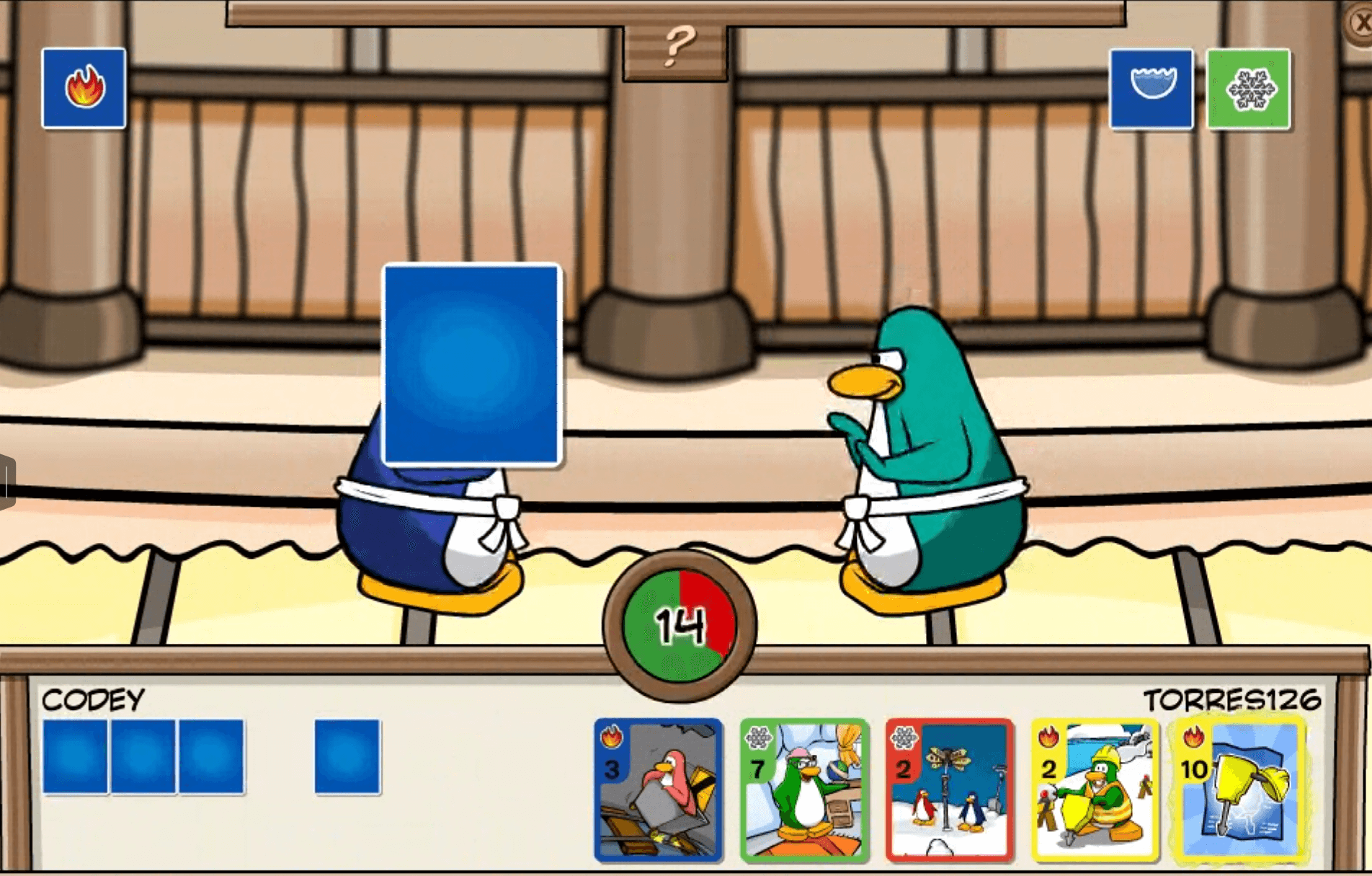 In order to win a round, you need to defeat the opposite element. So:

In the event that you both play the same element, the winner is decided by who has the highest number on a card, which can be found beneath the element.

In order to win a game, you need to have a winning deck. There are two ways to get this:

Please be aware that this is never always the case, as you will inevitably lose at least one round. Losing still gets you closer to your belt as long as you do not leave the game!

Eventually, you will be earn your black belt by playing enough matches of Card Jitsu, and then you can face Sensei. You will not be able to beat Sensei without a black belt! Simply talk to him, choose the “Challenge” option and face him in Card Jitsu like you would do in a normal battle. 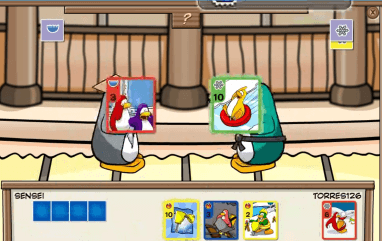 You will soon defeat him, earn a stamp, a postcard and a ninja mask! 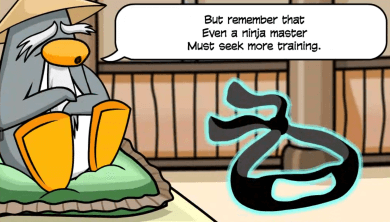 After this, you will officially be a ninja and can enter the Ninja Hideout from the Dojo Courtyard and even shop in the Martial Artworks catalog!