Our G Billy Tracker aims to help you meet our local drummer on Club Penguin Rewritten so that you can receive a hard-difficulty and obtain his exclusive background!

Chance of visiting this month: ConfirmedThe Penguin Band are visiting for the Music Jam this month 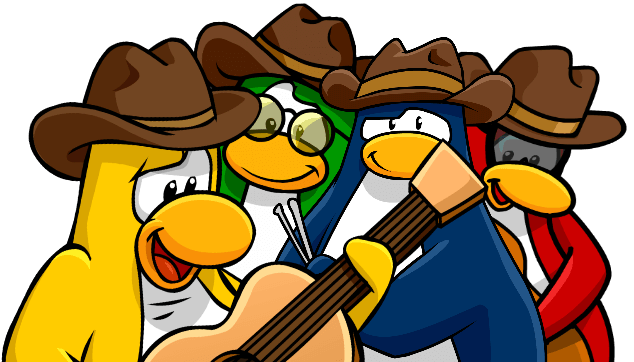 Please click here to refresh and update the tracker!

Enable to automatically refresh the page every two minutes

G Billy gave out the same background which can be obtained by meeting any other of the three members of the Penguin Band! He gave out this background at the Music Jam 2017/2018 and the Christmas Party 2017!

The Penguin Band Stage Giveaway was available during the Music Jam during May and June 2019. It is custom to Club Penguin Rewritten, and could also be obtained by meeting any of the other three members of the band.