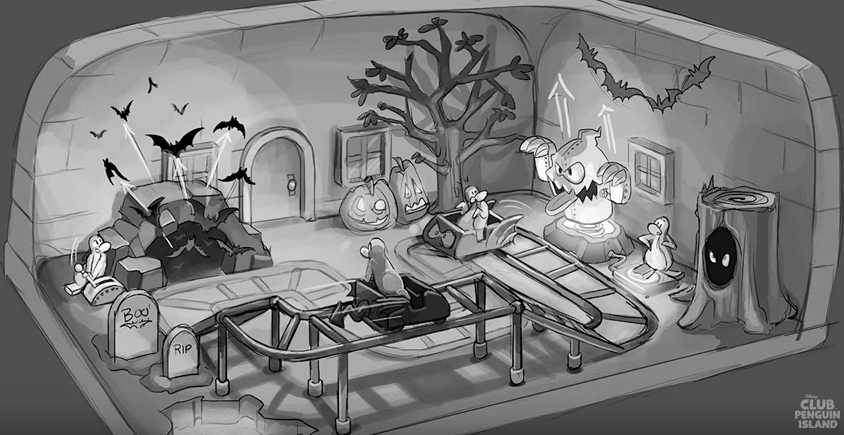 Igloo designing is one of the most creative parts of Club Penguin, and one which contains a thriving community; you can find a huge variety of igloo designs online, and people advertising their own designs in-game.

One of the most talented and well-known designers on the island is Babycrier, who you’ll frequently see on the island advertising his igloo. In this interview, he joins me, along with Llama, who is working alongside him as part of an igloo project, to discuss everything about igloos.

Perhaps the thing you’ll notice is Babycrier’s ability to turn a set of random furniture items and change it into something much greater. Indeed, that is his advice on how to build a perfect igloo.

Making an interesting igloo requires certain furniture that gives the attention and “theme” to your idea. Every furniture can be useful, without a doubt. It can also depend on the visuals that captures the idea that you are working on.

So just how does Babycrier do that? He kindly provided me with a couple of examples on how to transform some seemingly random items into something which can be a significant part of your igloo. Check it out!

It’s the “creativity” that appeals to the visitors and makes them want to visit.

But despite everything about building igloos, you wouldn’t be wrong in noting that it just doesn’t seem like there’s a big demand for igloos. There used to be blogs for igloos featuring designs on the classic game, and loads of different designs!

The memories I have are friends creating their igloos, and a vast igloo community at the town with creative igloos. The Igloo Community back in Club Penguin was huge. It would be great to see everyone build more igloos for the community together.

So if the previous memories of igloo building are still around, and it’s still possible to use furniture to design some beautiful igloos, why has there been such a sharp decline in the igloo community? And more importantly, what can be done to combat it?

Well, in many ways, it’s complicated. However, Babycrier and Llama have come up with ways for the community and the team to help.

I believe the igloo community is full of passion and love and there needed to be a platform for this love to expressed on.

One of the projects which they’re developing is The Drawer, intended to be a site to find igloo designing tips and tools. As a full disclaimer, I’m helping them with this project, however there is genuine hope that it can bring some joy back to the igloo community.

In fact, they invite you to visit your igloo and start designing!

There has been cause for concern a little while now in the igloo community that there has been a decline of interest. I would encourage our community to spread the word of The Drawer, the igloo community still has a lease of life for creativity and to make new friends. I can see The Drawer bringing all igloo-lovers together, resolving division and resparking peoples interest. We are a very kind loving community who open anyone with open-flippers.

Each make a few suggestions on ways the team can improve igloo designing on the game too, something which they’ve expressed interest in doing:

I think it’s time we encourage the Rewritten team to do what they’re meant to be doing. It’s not Club Penguin Nostalgia; it’s Club Penguin Rewritten and that they should be introducing new features, not dwelling entirely on the past.

But amid all the potential for change, there is a risk of changing too fast. Perhaps the thing which makes igloo designing so special is the simplicity. I wondered if Club Penguin Island, the mobile game, took that away, which removed the charm of igloos.

Club Penguin Island’s igloo designer was a whole new perspective. But, I’m not really much of a “complicated” igloo maker. The new system introduced glitches. The Classic system was just more simple.

The best way to enlarge the igloo community though is to start designing some igloos! There may not be an ongoing contest, but it can be a lot of fun. And as Llama says…

People getting together, having fun and creating fond memories that will be in our minds for the rest of our lives. We have all had a good experience and favourable igloos we remember, if we made them or one of our friends made them. Igloos are truly a beautiful thing, as we are able to express our creativeness and make others happy.

I think this is a message everyone should take and be re-encouraged to get back into igloo building, I think it is a positive thing for the community and will help us come back together and heal some of the division over the last few months.