Here’s a guide on how to complete episode 2 of chapter 2 of Aunt Arctic’s Adventures on Club Penguin Island: Point of View! We have a step-by-step guide and a video due to our partnership with MysteriousAeon.

Listen to Aunt Arctic and waddle over to the Lifeguard Station at the Cove. Speak to Jet Pack Guy where he will ask you to scan the cost.

Waddle over and equip the Lifeguard Kit by tapping the orange interactive button. Then tap the binoculars button.

Waddle back to the Lifeguard Station at Coconut Cove. Give Jet Pack Guy the fuel who will then take off to the mysterious Iceberg. He’ll bring back some photos which you need to put together. 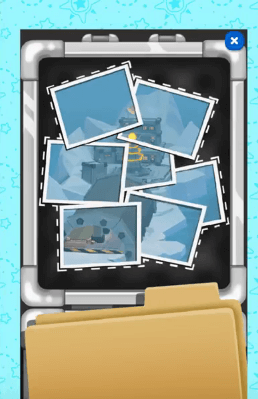 Collect the photos of the base and head back to Aunt Arctic at Beacon Boardwalk. She’ll speak with you and then you can claim your reward!

I hope this tutorial helped!