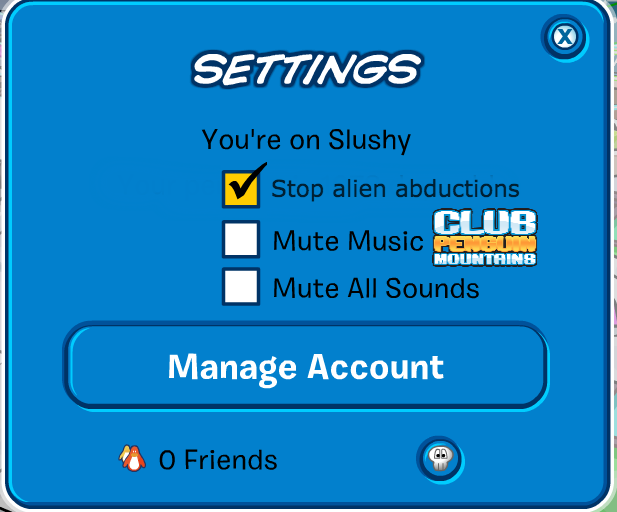 Since last year, aliens have randomly been flying down from the sky and taking penguins off the island. When I say randomly, there is a specific time plan but I won’t go into detail with that. I thought that these aliens would leave by the end of the Prehistoric Party but they haven’t! A lot of people, including me, are annoyed by this. I mean, I was busy talking to someone and suddenly I was in another room. A bug which I experienced also meant that I couldn’t get back down and whenever I tried to go into a different room, I was taken back to the spaceship. This really annoys me.

I expected them to go on December 2nd 2015 since Operation Crustacean ended then. For some reason, they still haven’t left and it seems they’re going to only leave when the current operation ends. In my opinion, they’ve overstayed their welcome and they should be blast out the sky. 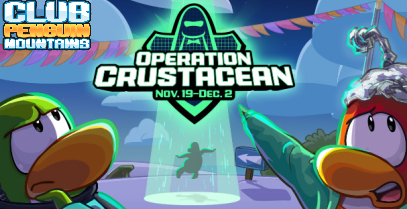 So, my idea is a very simple one and I think Club Penguin could add it in quite easily. Add an option for players to stop alien abductions. This would mean that the player would not get abducted nor will he see other people get abducted. If you chose not to get abducted, you wouldn’t be able to get the Tinfoil Hat. This option would be available under the “Settings” menu.

I designed a quick graphic to show you how I think this could look. I had to remove how old the penguin was because it made the graphic a lot easier to make, but I wouldn’t expect Club Penguin to do the same. This is what I would want to see.

You may be wondering the whole purpose behind the idea. I did mention that I did not like these abductions, but I also said lots of other people don’t either. This makes me surprised on why Club Penguin have kept them going, especially since Operation Crustacean is over and lots of people don’t like them. I’m really hoping that Club Penguin has something bigger than a Tinfoil Hat planned, since at the moment I see no point of these aliens being here.

Remember that there is a contest going on so you have not done so already, be sure to enter by clicking here.