Since the Puffle Party has begun, every single puffle in Club Penguin history is available for adoption by members! I’m sure a lot of people will be pleased by this because it offers an opportunity to newer players to adopt puffles from a while back, however I am not. Today I’m going to explain the reason for this. 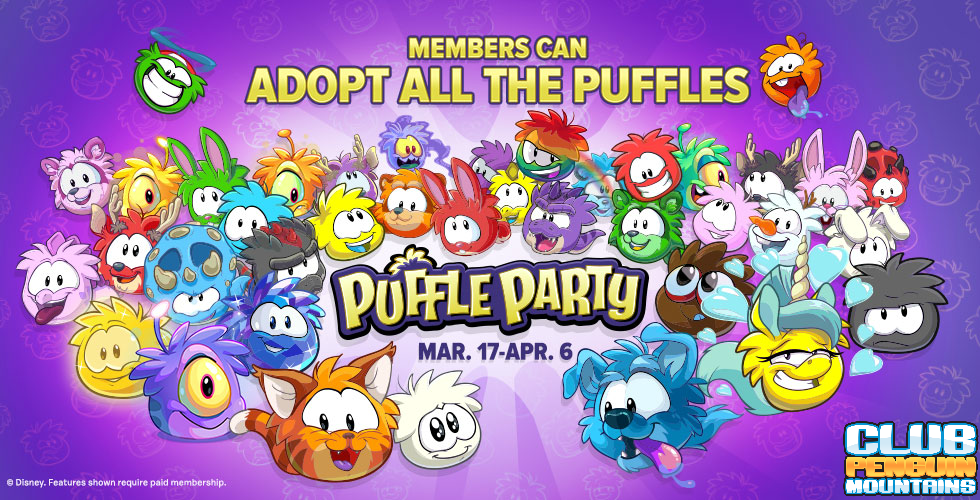 I’ve seen a popular reason for why it’s bad that all the puffles are returning. Some people really dislike the alien abductions taking place and don’t want the alien puffles to return. However, my problem with all the puffles returning is rarity.

Take the dinosaur puffle for example. When it was released for people to adopt, Club Penguin claimed that it was a rare puffle and the Prehistoric Party would be the only possible time to adopt it. Of course, not only did it make a return a year after that claim was made, but here we are again at the Puffle Party where the dinosaur puffle is available to be adopted once more.

Not only that, but the wild puffles were also advertised as “rare” by Club Penguin. In their app description of Puffle Wild, they stated the following.

TAKE rare puffle creatures you earn back into the Club Penguin app!

Puffles won’t be rare if Club Penguin keeps deciding to bring them back. Puffles are one of the few things which couldn’t be added or hacked. At one point, even the beta hat could be hacked! However, there’s not been a time where you could cheat and add puffles. This is why, in my opinion, puffles are rare and that is now completely ruined with Club Penguin returning all types for this party.

The reason why Club Penguin probably decided to do this is to make the party more attractive. According to Lance Priebe (a founder of Club Penguin, more commonly known as Rocketsnail), most players play for less than a year.

@girlfunlover not really. Consider most players play for less than one year the majority of players have never seen the item.

Due to this, Club Penguin probably thought that more people would attend this party because they had an opportunity to claim something “rare”, though the fact is that it isn’t rare anymore.