HUGE UPDATE: There is new information on the beta. Click here to view it! Be sure to check back regularly for the latest Club Penguin Island news because there’s lots of it!

This morning, I published my post on who’s testing Club Penguin island, where and why. However, lots of new information has come to light from one single tweet. The tweet by Bloxorz has caused an uproar in the community, so much to the point where I feel that I need to answer some unanswered questions, along with express my thoughts on what is going on. This is the tweet that gives us this crucial information.

Wooyoo! This morning, I received an e-mail asking me if I'd like to be a Beta Tester! Thank you so much @clubpenguin! pic.twitter.com/1gXqhrcmeA

The invite says it all. That is the email which beta-testers would have received, yet there have been so many rumours and so much anger. Let’s start with how you could be selected for the test. I believe that it is completely random, provided that you live in the USA. It is possible, perhaps even likely, that every player in the United States or Canada has received this email, however there is something that we ought to note in the email.

This suggests to me that all the players who click “Yes Please” in the email don’t actually just become beta testers but they rather have to wait for Club Penguin’s final decision. I don’t know how they do and whether or not it is just luck.

It seems like all the emails have already been sent out meaning if you’ve not received one, then you can’t take part in the beta test. This might be to prevent people trying to sign up by changing their country now that it becomes more clear how the system works. Using a Virtual Private Network to change your IP won’t work either due to this. I have tested it out just to confirm. 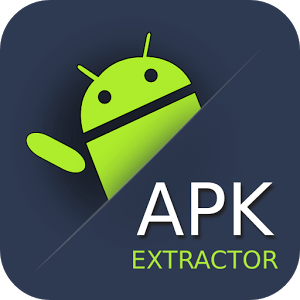 So how come only IOS device owners can beta-test this? Well, there’s one main reason which I can think of. Android files run on APK which can be downloaded and uploaded to the Internet. This means that if you could beta test on Android, there is a very high risk that the game will end up online and Disney doesn’t want that. This is impossible on IOS.This is what happened with Disney Mix. As a result, you can only beta test on IOS, but the game can still be played on Android in 2017.

Okay, so enough of the questions. We’ve waited over three years, and now Club Penguin is telling those who live don’t live in Northern America to just wait another year? That’s pretty much what’s going on. But here’s what I want to say.

Europe, we’ve had some very exclusive things, such as the Club Penguin Magazine which other countries are desperate for. Australasia, you’ve got to test out part of Project Super Secret which isn’t even public yet. Africa and Asia, you’ve got nothing. America, you’ve got this.

Why are we all complaining when Asia and Africa have literally got nothing? Why are we trying to manipulate the current beta testers? It makes no sense to me because if they fail, Club Penguin Island is worse for everyone. We’ve waited three years, we can wait less than a year! It’d be nice if the team did make it an open beta, but if they don’t, that’s okay! 🙂