By now, you’re almost certainly aware that very recently, Megg made a post giving us an official reveal about Project Super Secret. Although it’s officially launching in 2017, Megg mentioned beta testers in the post and that has got many people excited. But the question is, who’s really going to beta test our island, where and why? Here’s what we have been told.

Those of you wondering when you’ll get to check out the island, stay tuned to the blog! Some of you in Canada and the United States will be receiving an email invite to our closed beta. If you are one of the beta penguins who receives this email, feel free to report back and let us know what you think so far! -Megg

These three sentences speak a million words about something which we have been waiting for for many years. There’s quite a bit I’d like to say about them, but let’s start with the “receiving an email” bit. Megg confirmed that a beta would take place this month and many people were expecting this announcement to be the beta. Does this mean that any hopes of an open beta are off? That would be unfortunate, but it’s really looking that way, otherwise why would their be a “closed beta”? 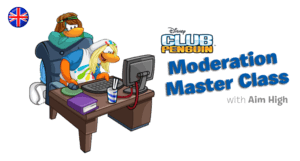 My next question is why Canada and the United States? This is just an idea, but I think it’s a likely one. What if it’s an event going to be held in the Club Penguin Headquarters and it will be similar to Moderation Master Class?

In 2013, Daffodaily5 announced a competition, where five lucky penguins got the opportunity to visit the Club Penguin HQ for a day. They took part in an online party, met the team and even discussed ideas for the game in a meeting. I’m thinking that something like this will happen again, but this time, the players will be able to play Club Penguin Island.

It seems like a much better option than sending it to people at the risk that it will be exposed online. The reason why this would mean that testers have to be from the US or Canada is because travel options would be much cheaper for the team.

And one more thing, if you need an early beta tester @clubpenguin (volunteer), just send me a DM 😛 I'd be more than happy to help

So who would actually beta-test the game? In the email, Megg says that players will be “receiving an email invite”, which is interesting because no competition has been announced on the blog. Equally, if you randomise it from people in those two countries, you’ll have no idea if they’re active or not. This leads me to believe that the team will ask older players: bloggers and YouTubers, to help them beta test the island.

It makes sense to have a blogger with hundreds of thousands of views beta test the game and I reckon that will be the case. There was no mention of the word “lucky” or “luck”, which also seems to lead to the theory that content creators will get to try it first. Equally, bloggers could make views of it.

But just a quick conspiracy, how do we know they’re not lying to us? It seems a bit suspicious to send email invites and not announce the penguins on the blog. Actually I probably shouldn’t say that in-case they ever do something like this in the UK…

UPDATE: My friend Bloxorz received this email. You need to have an IOS device to take part and it seems like all emails have been sent. I will make another post on this with new information.

Best of luck being selected!