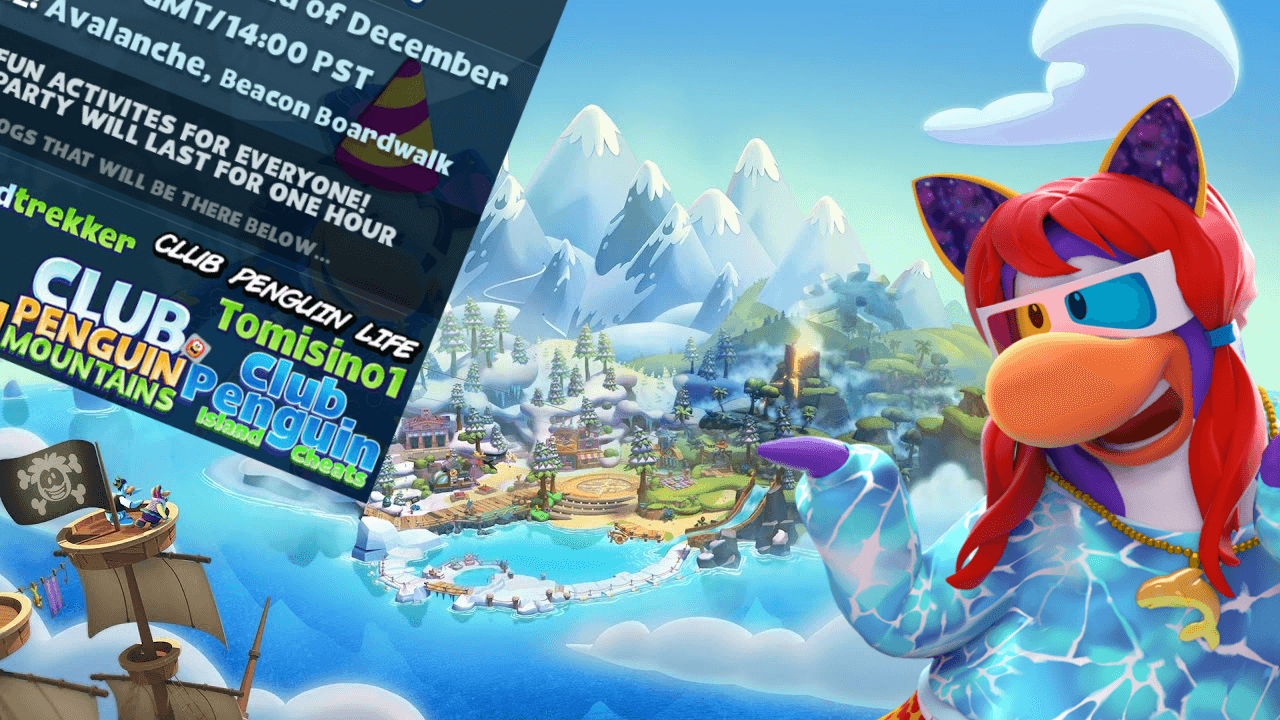 Last night, seven bloggers proudly hosted a successful party which dozens came to including some Club Penguin Island staff! It was such a great success and it showed just truly how much there is to do on our island. I recorded the entire hour and whilst you may not watch it all, you might want to see some things again!

At 14:00 PST, the party started at the Welcome Circle! A bunch of fireworks were launched along with party blasters whilst we waited for a few people to attend. Pretty soon, the party was packed!

A few minutes into the party, we head over to the Foodtrekker to use up all of our party supply trays. It was great as there were lots of people who hadn’t completed the Daily Challenge that required you to get food from another person. It was also so cool to see all those fishburgers being eaten and hot cocoa (or coffee in the eyes of Megg) being consumed!

At Coconut Cove, both non-members and members came together to create an awesome band! The stage was full and it was so hard to see anyone! Eventually, Megg had to go but it was awesome she took time to come and visit for a bit!

After our performance was over, we had a race in the Sea Caves. I came third and that’s pretty impressive seeing how many people there were! Congratulations to TheJbot for winning! I hope to see more games like this in the future. We already know that Sled Racer is coming!

The Party Submarine was an awesome place to share some more food and launch fireworks. We didn’t stay too long but you can’t have a proper party without visiting this place!

On our way to the Glow Grotto, we stopped at the Throne Room to launch party blasters and take some cool screenshots. After all, the Throne Room is my favourite room because it just looks amazing! 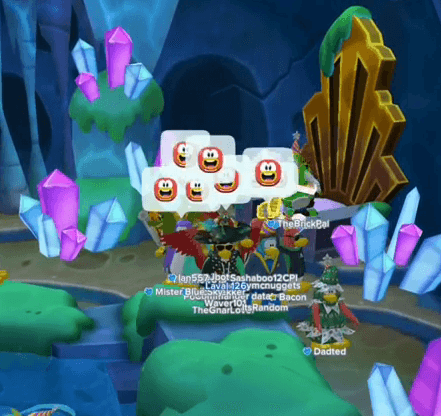 Finally we reached the deepest point of Club Penguin Island, the Glow Grotto! Here we waved a few glowsticks and stocked up on party supplies before the race back to the surface!

After a long diving experience, we relaxed at the Cove’s lazy river before exploring some of the islands located nearby!

Then we waddled back to Beacon Boardwalk where we had some sword fights on the Crow’s Nest of the Migrator!

After visiting a few minor attractions such as the Lighthouse, we concluded the event over at the mysterious ruins over at Coconut Cove. It’s hard to believe that the party lasted for an hour but it was so much fun!

I’d just like to give a huge thank you to the other 6 bloggers who helped to host the event but also to everyone for attending! It was a great deal of fun and we’re already planning to host more next year! I know these screenshots don’t seem so cool but when you’re actually on the game, it is amazing. This is what Club Penguin Island was designed for!