It has just been confirmed that there will be “various difficulty levels” for character adventures as the game progresses. Megg released this statement in the comments of the What’s New Blog. 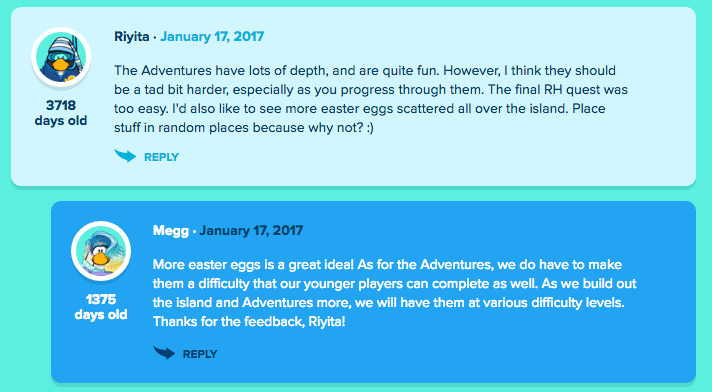 “As for the Adventures, we do have to make them a difficulty that our younger players can complete as well. As we build out the island and Adventures more, we will have them at various difficulty levels.”

I think that this is great news and it’s something which I’ve requested multiple times in my review, emails to the team and the blog comments. However, there is something that concerns me here.

Megg says that the “younger players” need to be able to complete the challenges, but the App Store and Google Play Store suggests that the game is mainly aimed for ages 9 and up rather than ages 6 and up. This means that adventures really should become harder and the team need to snap out of the habit of easy challenges and fast.

When we get new adventures, I hope that some are genuinely difficult. If not everyone can complete it then they should not be made easier. After all, what’s the point of a challenge then?

Be sure to check back frequently for the latest news!