New items will be coming to the Disney Shop in the 1.9 update! These will be the Descendants 2 items and yesterday, the team revealed a sneak peek of how it will look.

I’d like to start by sincerely apologising for the lack of Club Penguin Island content. Up until yesterday, I was unable to access my account and as such, I was forced to stop sharing posts regarding the game. Fortunately that issue is now fixed, and there will be an update on CP Island content on New Year’s Day!

Firstly, a sneak peek was revealed on how the Disney Shop in Island Central will look like! 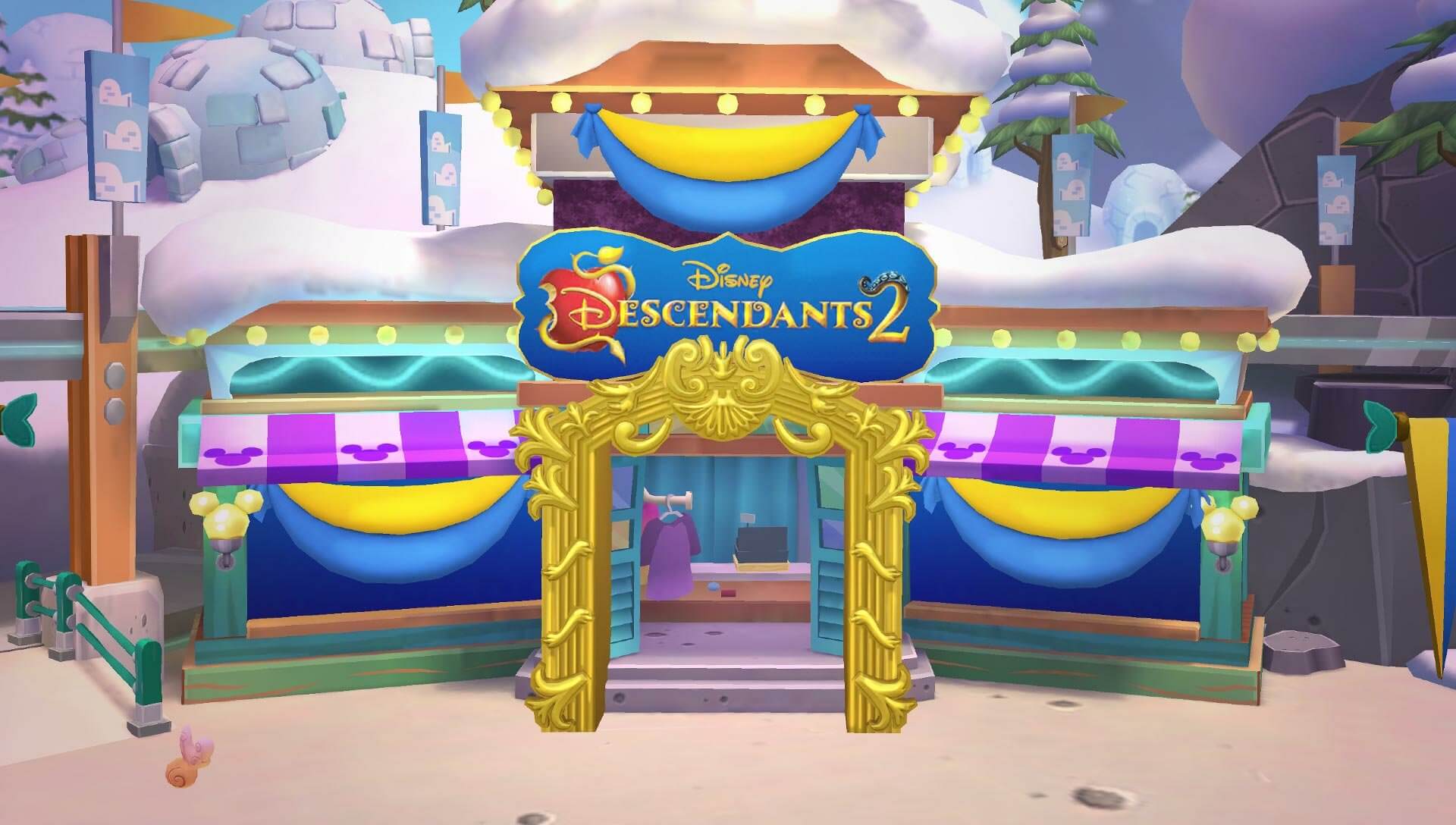 This looks quite cool but I hope that the surrounding areas aren’t decorated. Inside the Disney Shop, there will be lots of new fashion, varying from Mal’s hairstyle to Dizzy’s dress! There also are currently some Descendants items available right now too.

The team also shared a sneak peek of Evie’s gown from different angles, which is an outfit that will also be available to buy.

Whilst it is disappointing to see an excessive amount of the same franchise once again despite strong previous feedback, these outfits do look cool. I’ve never seen Descendants though, so I don’t recognise the characters!

Thank you very much for reading, be sure to check back for more or the latest news and guides!