Hi everyone, by now you’ve probably heard that Club Penguin Island is closing, and although I don’t blog about the game, there’s been a fair bit of information released. 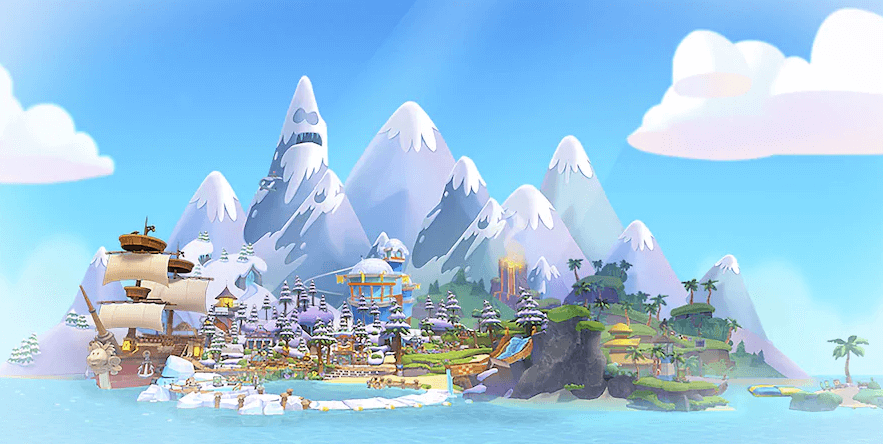 Let’s start with the letter from Disney, which a paragraph of has been leaked and shared by a gaming website called Kotaku. It explains the sort of ‘reason’ why the official Club Penguin franchise is ending.

The full article can be read here, but this is what was leaked:

For several years now, we have been experiencing increasing global competition. We have explored many options to improve efficiency and reduce costs. These measures have succeeded to some extent. However, in order to reduce costs further and become more competitive, we find that we must reduce our workforce.

If it isn’t saddening enough that the Club Penguin team are losing their jobs because of Disney attempting to cut costs for a franchise they failed to decently support, something even more disturbing was leaked.

An employee who secretly spoke to Kotaku states that Disney gave permission for a new project to occur three weeks ago, which would promise jobs for another two years. However, Disney appear to have gone against that and backstabbed the team, cancelling it.

We were told three weeks ago that we’d been green-lit and would have jobs for at least 2 years while we built and launched a new product! The whole studio was basically popping [drinks], only to have that pulled out from under us by someone way up the chain at Disney

Though it’s incredibly sad what’s happening to the staff, there’s two awesome things I’d like to share. To start with, the CEO of Animal Jam, which is a virtual world similar to Club Penguin, made a really nice statement.

It’s a bit of a long one, but it includes a message for both the Club Penguin community and staff team. I think it’s really interesting, especially since so many people (admittedly myself too) considered Animal Jam and Club Penguin competitors.

My heart goes out to all the dedicated folks, past & present, at Disney Kelowna [home of Club Penguin] who’ve given so much of themselves to the world of Club Penguin. Not many will truly understand how much that team loves the community of players they nurture & protect. We do.

I don’t know what led to the decision to shutter CPI, but I’m sad to see it go. That may sound weird coming from WildWorks, but I never saw Club Penguin and Animal Jam as direct competitors. And everyone I’ve met who worked on it is absolutely top notch.

They’re different communities with overlapping demographics, but there’s always been plenty of room for both to succeed. We both survived the Flash armageddon that began in 2015, and it seemed like they were continuing to rock; now simultaneously on web and mobile.

CP players and fans, I know this feels like a gut punch, but you all build a vibrant living community that’s strong enough to survive this. I know you’ll find ways to stick together and continue the friendships that began in Club Penguin.

Disney Kelowna folks, we have some gorgeous mountains and epic skiing here in Utah too. It’s not the home you know, but it would feel familiar in a lot of ways.

Send your resumes and portfolios to careers@wildworks.com. We can’t take all of you, but we have mad respect for your work and we’ll help you find a home if we can.

Also, just in case you’re curious, Lane Merrifield (also known as Billybob) released a message on the closure. Billybob was one of the three original founders of the game.

For those of you affected by the layoffs at Club Penguin: I remember when I first left, one of the weirdest parts was not having anywhere to go every day. That feeling is why we built the Kelowna Innovation Centre as a place for you to come and figure it out…

Let this be your place to come every morning while you figure out whats next. We’ll keep the coffee warm.

Just as a bit of context, the Kelowna Innovation Centre is a project by Lane Merrifield to help entrepreneurs in Kelowna, Canada which is the home of Club Penguin.

And lastly, on a more positive note, there has been some exciting things shared amongst all this chaos, which was a thread shared by Chris Gliddon!

You may know him as Polo Field, as he used to be a community manager for Club Penguin and is an absolutely amazing person! He’s announced a few things:

Firstly, him and Emma (someone who used to work for Club Penguin too) will most likely be writing a book on the story behind the scenes at Club Penguin, which is an idea that would be absolutely amazing!

#1 – I have, and have always wanted to immortalize the @clubpenguin behind-the-scenes story. I plan to write a coffee table book with my partner, @emma_bullen, who will always be the true, real Aunt Arctic.

Secondly, he plans to create a documentary about the history of Club Penguin. You may remember the “New Horizon’s Video” (if not, you can see it here) which did this on a smaller scale. It was one of my favourite videos, and Polo Field had a huge part in it!

#2 – I plan to create a documentary film about the history of CP. I started it with Johnny (Businesmoose) many years ago, and I intend to finish it. Even if it’s just a private gift for the co-founders as a thank you gift.

Lastly, there is a hope that one day there’ll be a virtual world run by the Club Penguin team, and former members, though it won’t be about penguins. But anything with the special team who created our favourite game will be undoubtedly amazing, so that’s something to look forward to!

#4 – please join me in wishing all the former Penguins the best and good luck with their future adventures. Never in my life did I imagine that I’d get to meet and work with such a talented group of people.

Polo Field, like several other staff members and community members, also shared his appreciation of the team and community over the last 13 years.

One thing Polo Field is doing right now is collecting answers for a survey, which he’ll share the results of soon! If you’re thirteen or over and wish to participate, please feel free to do so here.

It’s really sad that the official Club Penguin franchise is ending, and I’d like to echo the wishes to all the CPI team in their futures. I’m hopeful for the best though, and I’ll keep you all updated with anything that gets revealed, whether it be Chris’ projects and maybe even (hopefully) some more positive news.