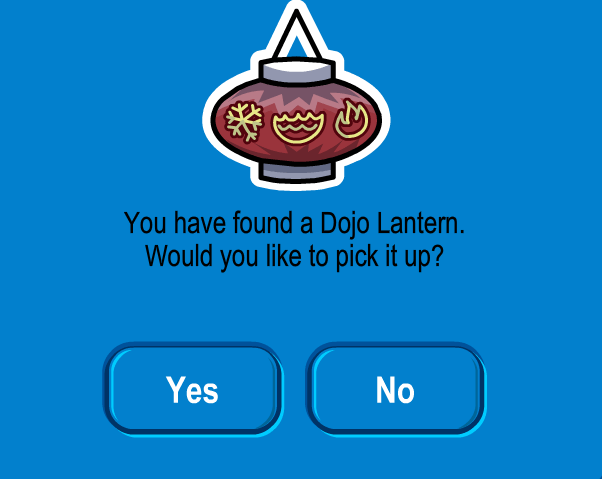 Card Jitsu Fire has made its way to the island, and there’s a lot to be excited over, from a whole new game, to stamps, to new items! This post will provide a guide to everything about the game. 🔥

Sensei is confirmed to visit in celebration, and you can view his tracker here.

The first thing worth mentioning is that a new code has been released, which unlocks you some Card Jitsu cards! You can use this code by clicking “Unlock Items Online” on the server page, and the code is CARDFIRE.

How to Join a Game

In order to play, you’ll need to first become a ninja. Once you’ve done that, waddle into the Ninja Hideout and purchase the Amulet, which is also now available.

You can find it in the Martial Artworks catalog for 200 coins.

Once you’ve done that, you can click the slab of stone in the Ninja Hideout to open the door to the Fire Dojo. From there, simply waddle through.

You’ll be brought to the Fire Dojo, which looks awesome and currently has a few special decorations in celebration of the game just releasing!

Although you’re in the Fire Dojo, you won’t be able to play just yet. You’ll need to first waddle over to Sensei, who’s at the top of the room, and talk to him.

He’ll speak to you, and give you a Fire Deck to get started! Although he’ll ask you to challenge others, it’s best not to because there’s currently a bug preventing it from working. You need to use the mats to play.

A guide to playing

Card Jitsu Fire is still a new game, so there might be a few questions on how to actually play as it’s been a while since most players have played it! So here’s a quick rundown.

Each person starts with 6 energy, and when you reach zero, you’re out of the game. When it’s your turn, some tiles will glow yellow. You can click any one (it’s random what happens next) and a further two tiles will appear. Here’s how it works:

The idea is to play the highest card you can, and those who play too low will lose an energy until they’re out of the game when it reaches zero. At first it might seem a bit like luck, but there’s quite a bit of strategy involved.

You might just want to play your highest cards straight from the start, and this could work, but you may wish to consider wasting your bad ones whilst everyone competes to use their highest.

Also try to have a wide variety of cards, so you’re not stuck on one element! If your energy gets too low, you might wish to battle someone in Card Jitsu by either landing on the same square as them or selecting them when landing on the square with two cards. This is the only way to gain energy.

Card Jitsu Fire comes with a whole load of rewards after winning games, and you can check your progress by clicking the card symbol at the bottom right in the Fire Dojo.

The Fire Suit can be unlocked, and there’s also a variety of stamps!

When Card Jitsu Fire was announced, the team expected that bugs will appear which weren’t present in testing. This has been the case, and the team are already working on fixing them.

These are some of the ones they’re aware of already:

Card Jitsu Fire is really awesome, and I’m glad we can now play with everyone! Thank you very much for reading, waddle on!