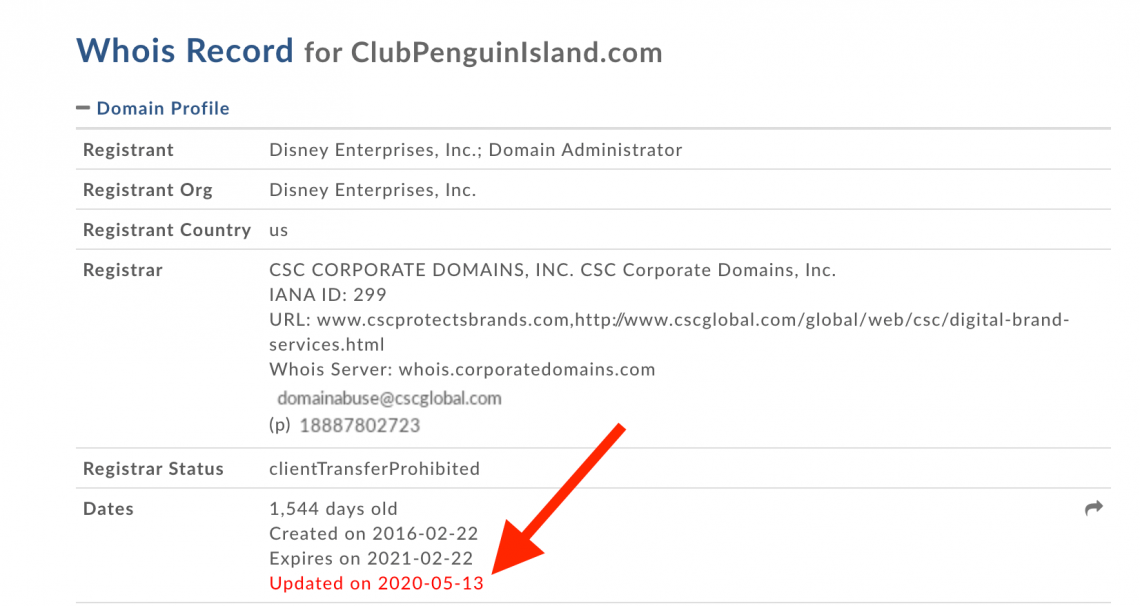 I’ve been debating whether or not to make this post for a few hours now, and I’ve decided to do so as I promised that I would keep people updated about the ongoing situation with Disney’s takedown requests and I’ve seen a lot of rumours spreading about this issue. The only reason why this is relevant currently is because of the timing.

When Club Penguin Island, the official mobile app managed by Disney, closed, the website redirected to the Disney homepage. The main news here is that as of a few days ago, the site no longer redirects, and the domain was updated as shown below.

This seems minor, but I’ve seen many people drawing conclusions about Club Penguin Island returning, and these rumours have spread rapidly. Unfortunately, I wanted to make this post to prevent such optimism spreading without a solid basis. There’s two points I’d raise.

Without getting too technical, the main “evidence” appears to be from the website’s markup of a meta tag that says “revised”. I understand why some may assume that this denotes the name of the site; in reality, it doesn’t.

Secondly, there is no solid evidence that Club Penguin Island is returning. The site doesn’t have anything installed, there are no job advertisements, and no trace of the game’s return online. It is possible that this was just a coincidence that the change occurred at the same time as the takedown requests were filed. As such, please don’t think the official Club Penguin brand is returning since the evidence is virtually non-existent, even though I’ve seen many people assume this when it’s almost certainly not true.

I just wanted to clarify that as I do believe it’s important that at a time of so much uncertainty, everyone is aware of what’s going on! Once again though, if any new information does emerge, I’ll make sure to post an update!