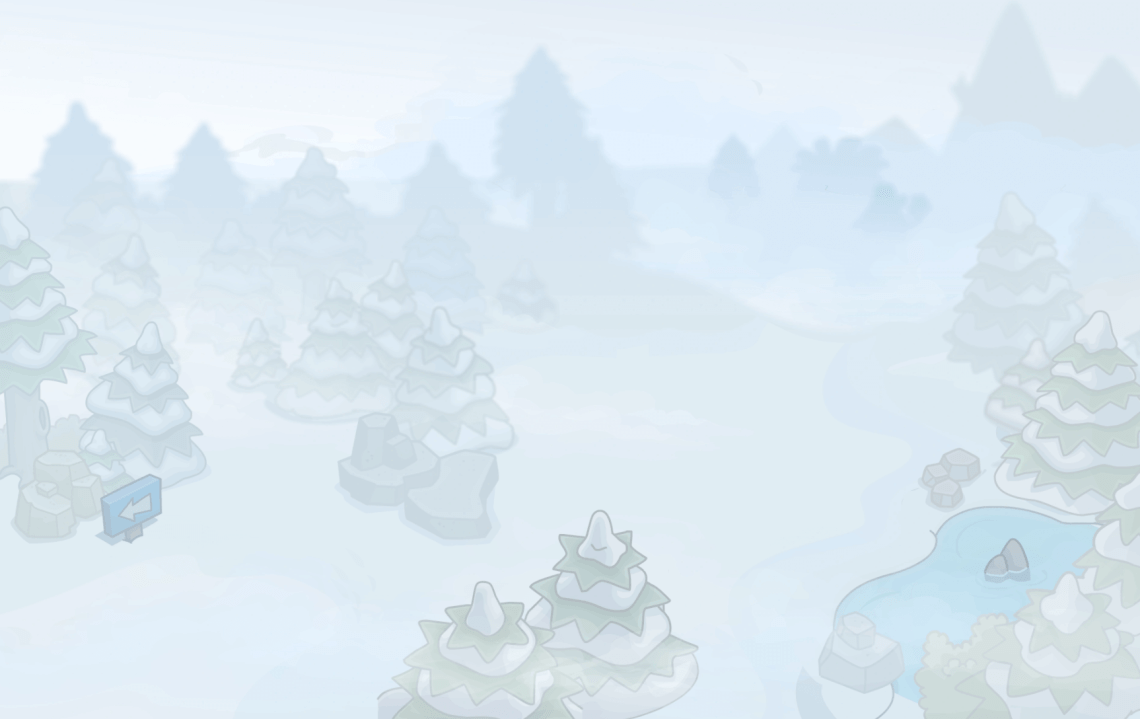 For today’s Mountains Monday, I wanted to actually take a look at something which people might be less familiar with, which are some of the unreleased rooms. Although the Club Penguin team regularly used to have new ideas, only a couple of them ever ended up making them into the files!

One of those was the Fog Forest in 2014, which seemed to resemble part of the Puffle Wilds. Part of the mystery to do with this room though was that its purpose remained unclear, and there was never an official explanation given as to why it was implemented. You could actually visit this room through a special link, which was especially peculiar!

The other well-known but unreleased room was the “Welcome Room”, which was shown in the physical Club Penguin guidebook. Last month, Polo Field (Chris Gliddon) shared some concepts and designs of various iterations which could’ve ended up on the island! In the end, the “Welcome Room” proposal never really made it; although there was a room for one player when they first signed up, this was later replaced by the Map which offered introductory quests.

Interestingly, two other concepts shared by Chris were potential changes to the map, including a design which featured the underground elements beneath the island. These were both from around 2011, but the map never really underwent major design changes except temporary ones for parties.

Perhaps the most significant of unreleased rooms though, if it counts as one, was the Puffle Wilds. This was never properly considered a room, and there are no public assets beyond a couple of sketches. However, if this interests you, feel free to check out this post which covers it in more detail!

I’d like to give a huge thank you to Chris for sharing the images and concepts which he has recently – it’s been really interesting to see some of the things which never quite made it to Club Penguin! Thank you very much for reading!