A few weeks ago, Club Penguin released another spoiler/hint for #ProjectSuperSecret. This time it was a new building, or hut rather, called the “Fun Hut”. Although we have no information on it, today I’m going to be discussing what I think it will be. In case you missed it, this is the image they shared with us. 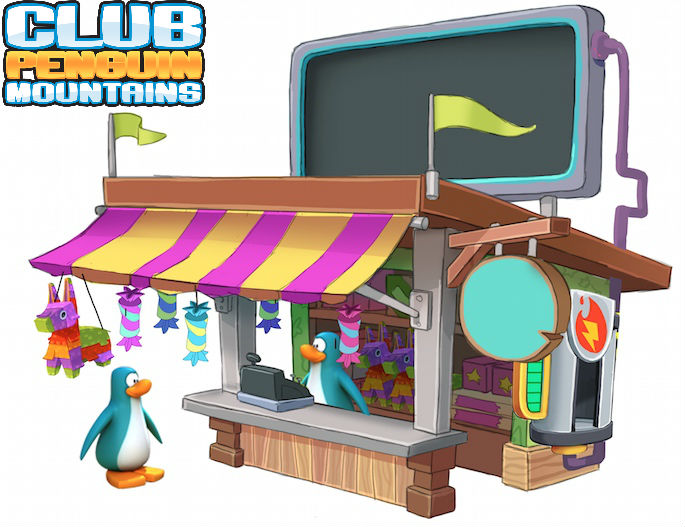 Today I’m going to share what I think this is. I’ve seen many theories going around the community. Some vary from a Pokemon like thing to another shop where you can buy things. For today, I’ll be splitting the post into three sections which will be the booth, the meter and the screen. 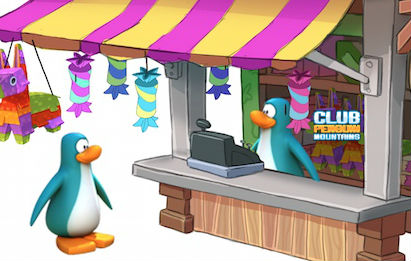 I think that the overall idea of this hut is to win items. Do to this, I’m thinking some random mini-game similar to Spin to Win or the Daily Spin. Spin to Win was a game at the Fall Fair in which a player could win tickets to buy different types of items. This is an image of a round from Spin to Win. 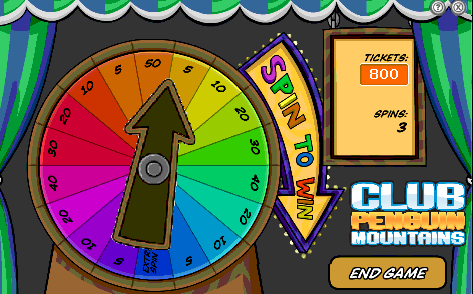 I’m thinking similar to that except there won’t be any tickets. What I propose is that you will need to pay a few coins since there is a cash register visible in the image as well as a small slot in the cashier’s head. Then, you will be able to do something similar to Spin to Win every few hours. The game will be completely random and there won’t be much skill involved. Then, once you’ve got enough points, you will earn some kind of wacky but cool item.

To conclude, I think the booth is where you will be able to play a game similar to Spin to Win for a couple of coins every few hours. 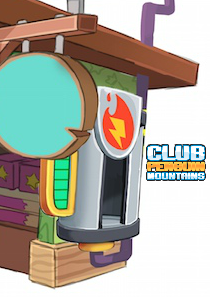 The meter has received very different thoughts across the community. I read something where a player believed that the meter would detect how much fun you were having and would decrease when you don’t have that much fun. I really don’t understand how that would work so I don’t think that is the case, but I see where that idea came form with the name being “Fun Hut”.

My idea is that the meter will be like a point tracker. The closer you are towards your item, the higher it will increase. Once you collect your item, the meter will reset. However, with this idea I still don’t see why it would be called “Fun Hut”. I suppose this is what Club Penguin wants to do; release a small spoiler but not go into detail with it. 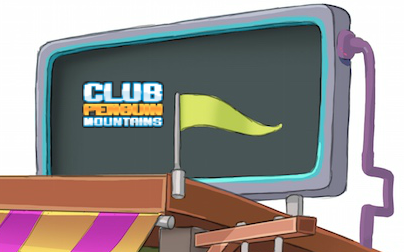 With my idea, the screen will display the current item available for you to get. However, that’s not all that I’ve concluded. Lots of people have come up with several theories about this screen, but there is one theory that is definitely likely. This is a welcome screen for new users. This comes after Club Penguin released their idea for a 3D island. In their image, you can roughly make out the words “Welcome to Club Penguin”.

This could just be for that image only, however I’m not so certain. Perhaps it will ONLY appear to new players, however once you’ve seen it once, you won’t see it again. Maybe it’ll be a slideshow. This is my idea of the Fun Hut, but remember it’s also something which I think Club Penguin has planned.

Personally, I am really excited for the Fun Hut. This could even be the start of having small buildings/stalls like this dotted around the island. However, without knowing the basic idea yet, I cannot say if I like it or not but the design does look awesome.