It’s now March and Earth Day is on April 22nd, which is not so far away. So today I have a party plot for Earth Day which is an event that I hope Club Penguin will return. This idea will be continued in the next post.

Basically, my idea is that the Puffle Wilderness will catch fire. You may be wondering how this will be related to Earth Day since it basically is about the opposite of what Earth Day is about. Well, the idea is that we’ll need to help put out the fire with someone’s help. I’ll go into detail about that someone in the next post. 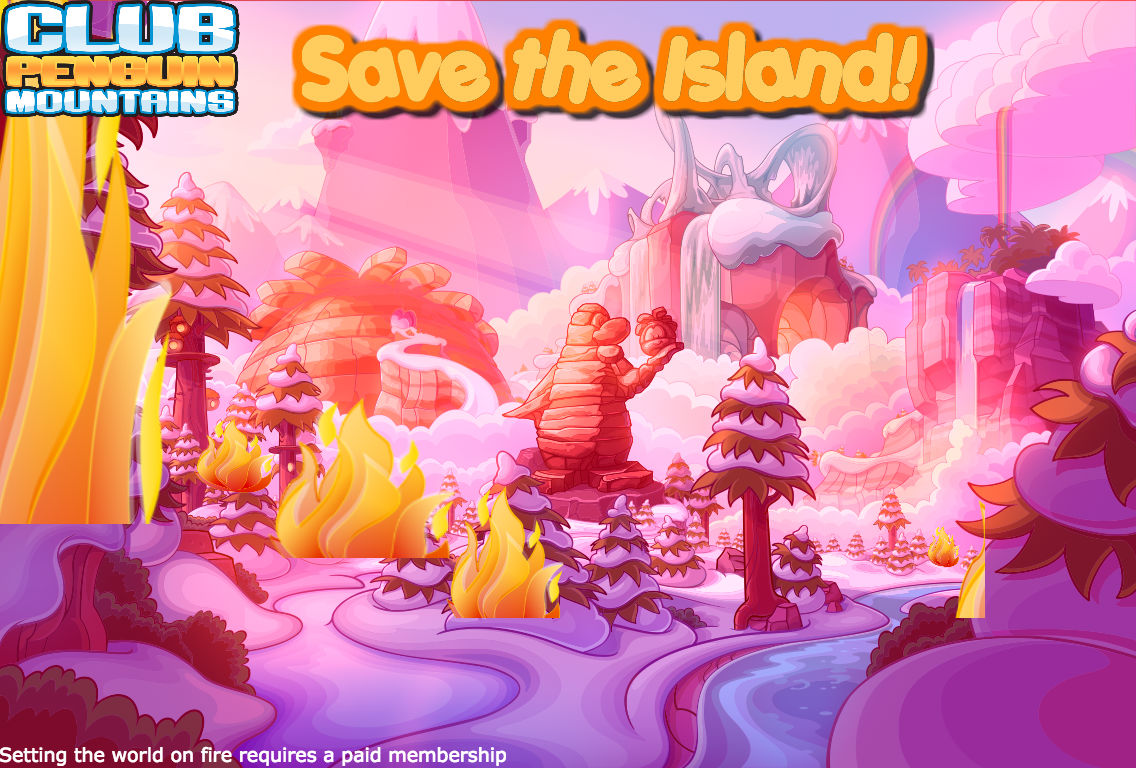 You may have read my discussion on Scorn returning to the island. If not, you can do so by clicking here. Since Scorn is a dragon, he is able to breath fire. My plan is that Scorn breathes fire onto the island which sets the trees alight. Of course, we don’t know that he did this but when we do, it’s almost certain that another Medieval Party will be declared.

When Scorn sets the wilds on fire, it is our job to put it out. Now, my idea is that large groups of water ninjas will need to work together to put it out. This will result in penguins going on popular servers. I also think that Sensei should be a meet-able mascot during the party. Since my photo editor wasn’t co-operating very well, I only managed to create this unprofessional design of the idea. 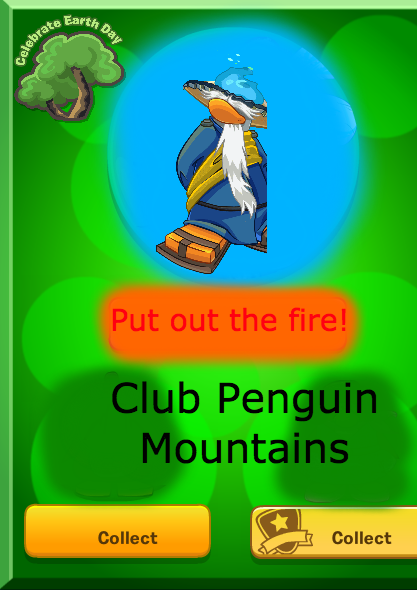 Anyway, the party would encourage good teamwork throughout the island as water ninjas will be working together. If you don’t have a water ninja outfit, then tomorrow I’ll have another idea on how to put out the fire which will be part two. Should some trees burn down, I suggest Club Penguin make a new outfit for the “Penguins at Work” catalog or bring back the Green Hardhat. The Green Hardhat as an item which allows penguins to grow trees whilst performing the dance action.

The whole point of this party is to let people take out the fire and then grow the trees back. For the main room, I suggest that we get a bit of help from a certain someone to create a flood-like thing and a river through the wilds. I’ll explain more about this character in the next post and it’ll be the start of a brand new series!