In my “Card Jitsu Promises” post, I completely forgot about something until Madzom8ie pointed it out to me. Today, I am going to give my idea for the most thrilling operation yet on Club Penguin. 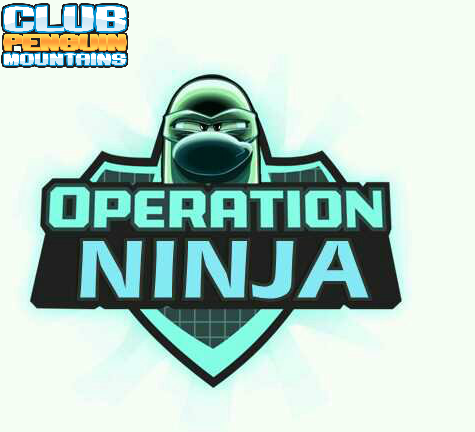 The idea for this party will be in a series of posts. In this post, I’m mainly going to be discussing the storyline of this event. Firstly, this isn’t something that has not been mentioned. In 2013, Spike Hike said numerous things about it and even began to suggest that this might be a real thing. In fact, to do some research for this post, I’ve been reading a couple of my really old posts about Operation Ninja which is where I found the image above.

So I’m starting to get a feeling you guys want #OperationNinja next year? pic.twitter.com/2MXSZtrTu6

Today I will be going over the storyline for this party. I believe that most good parties have an amazing storyline. Take Operation Blackout for example. That had an awesome storyline, and it was one of Club Penguin’s biggest and best parties ever.

Before this party, Herbert kidnaps ninjas as well as Sensei and brainwashes them (thanks Madzom8ie for this idea! I originally considered the EPF wanting to close the Dojo), like in Operation Puffle. He then uses their skills to wreck havoc on the island, but the Director wants them neutralised. This will be a chance to be good, or evil.

Players must choose to join the EPF’s side or the ninja’s side. I intend to continue with a few ideas for the activities once…well…I think of them. Make sure to comment your ideas and help me!

Be ready, be alert and – I forgot the last part…