Disney is massive in the gaming industry. They make games varying from consoles (Disney Infinity) to mobile games for phones and tablets. Yet have you ever wondered why Disney doesn’t feature Club Penguin in the majority of their games, despite Disney claiming that Club Penguin is the #1 Virtual World? I sure have.

A big request from the Club Penguin Community is for a Disney Infinity Playset (Playsets are like worlds in which the player has to complete activities and challenges) to be released that is related to the game. Loads of players have been requesting this. In fact, at one point, Spike Hike even made a tweet announcing that something really huge was happening to Disney Infinity. You can read that post by clicking here, but I will still share some of the things he said about Disney Infinity in this post.

For you @DisneyInfinity fans, I have it on good authority that something really huge will be announced today. Stay tuned!

Lots of people asking for CP in @DisneyInfinity. No promises, but we're listening so the more who ask for it, the more likely it is.

These were tweets made over two years ago, yet there’s no sign of Club Penguin coming to Disney Infinity. Lots of people still hope for this idea. These are some images of potential characters to be bought to the game. 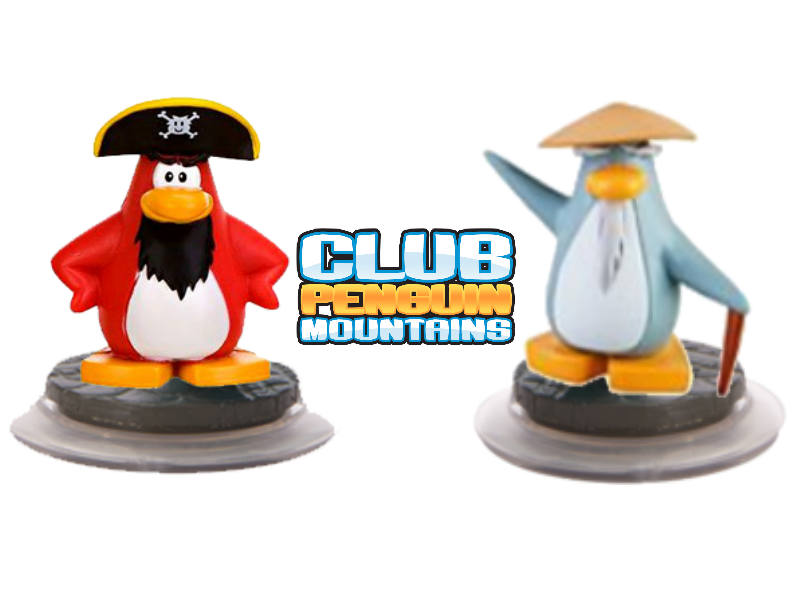 Moving on from Disney Infinity. Disney recently released a game called “Crossy Road”. In it, there are over a hundred Disney related characters. Unfortunately, not a single one of those are from our snowy island, which is a real shame. Hopefully they intend to release an update soon which will bring Club Penguin characters into the game.

Since the majority of the characters added are from Disney or Pixar films, it seems that Club Penguin will need to be a film to get the attention of Disney. The chances are that that won’t be happening anytime soon.

Although Club Penguin has been included into Disney Mix, Disney Mix isn’t a game. Only a few stickers were added, but at least that’s something! It shows that being the #1 Virtual World doesn’t mean much to Disney if they refuse to add the game into their own products.