In case you are unaware, Club Penguin recently decided to stop producing physical membership cards which you can buy in stores. Today I am going to be giving my opinion on this.

After reading an email with Madzom8ie and the team, it appears that the reason why the productions of the cards stopped are due to financial issues. It costs more to produce the actual card and ship it to stores than it would if you just bought it online.

Dj Stores agreed with Club Penguin’s decision due to this reason, but I disagree. Have you ever wondered how many people actually hear about Club Penguin because of the fact that they see so many memberships on sale at their local supermarket? Although I don’t know the exact figure, I’m sure it’s a lot. That would encourage more players to buy memberships, which equally means more money for Club Penguin. I have never purchased a membership of clubpenguin.com and have only bought my cards from a store. I’m not the only one who does this.

@AstroCP I would think about it if CP membership card will stop in all stores. But I don't really buy much online.

What interests me is why Club Penguin is doing it. If it really was for financial issues, then why didn’t they do this years ago? Why now? This leads me to think about the reason of the timing in pretty much everything Club Penguin. The reason why they’re doing things now. It’s because of #ProjectSuperSecret coming out this year.

I’m beginning to think that #ProjectSuperSecret will change the membership system altogether. It’s almost certain that you will need to pay to experience everything that Club Penguin has to offer, but it’s the most likely reasons as to why they decided to pull the plug on physical memberships now. 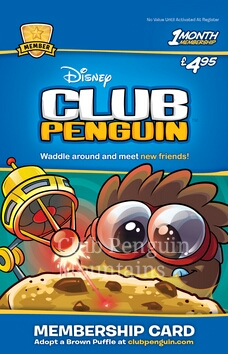 However, quite frankly, I don’t think that there will be a shortage of membership cards anytime soon. I checked my local retailer and they still have loads left, so I doubt that they will completely get rid of the membership system especially since they’re still selling memberships online. However, they technically have every right to.

I remember very clearly reading this on the official Club Penguin membership page a while back.

Clubpenguin.com is a live service and may be discontinued at any time.

And on that note, I am going to conclude this post. Do you think Club Penguin should get rid of physical memberships?