Something common which I have seen around the Club Penguin community is the thought that “membership generators” or “free codes” are real. Well, I hate to break the news, but they’re not. Today I’m going to be explaining why they are not and why people actually try giving away these codes using a couple of examples.

I’m going to use my first example as a site I saw some people talking about on a Club Penguin chat. Although it gives a free membership code, the code starts in “13”. Never use these codes as I know of players who got banned for long periods of times by doing so. But these sites don’t exist to get you banned. 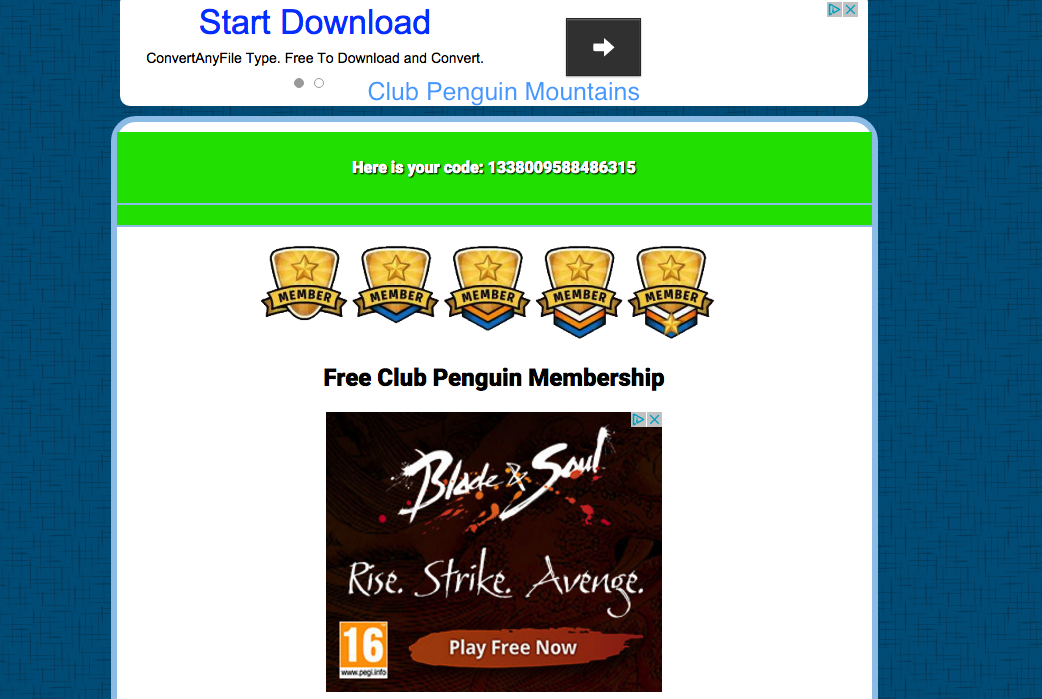 They exist to get money. Notice at all the adverts on the site. The way it works is that people are appealed to visit the site, thinking that someone has bought memberships and are giving them away, when in matter of fact, they’re just gaining money because of the large amount of views they get.

Whilst Googling examples for “free Club Penguin memberships”, I came across a Twitter account. You might be thinking, well, they can’t make money from that, can they? Wrong!

When you click the link, it goes to an advert which he makes money from. The code is fake, and he made a tweet saying the following.

This is a lie. It will say that the code is already redeemed. This is proof that he is fake, but there are still 327 gullible people who believe him. He is just making a profit of your gullibility.

What can get you free memberships is giveaways by trusted users, like the following. Giveaways are generally okay if you don’t need to click on random links etc. However, don’t fall into this scam of “free membership generators”.