It was recently confirmed that The Club Penguin Times newspaper would be published every two weeks instead of one. In this post, I’m going to be sharing my opinion about this decision by the Club Penguin team.

Firstly, Club Penguin have gone to massive weekly newspapers to small biweekly papers. The original newspapers took over forty hours a week to make because they were filled with content. Now it only takes eight. That’s a massive difference! This is an example of an old issue from the Club Penguin times. 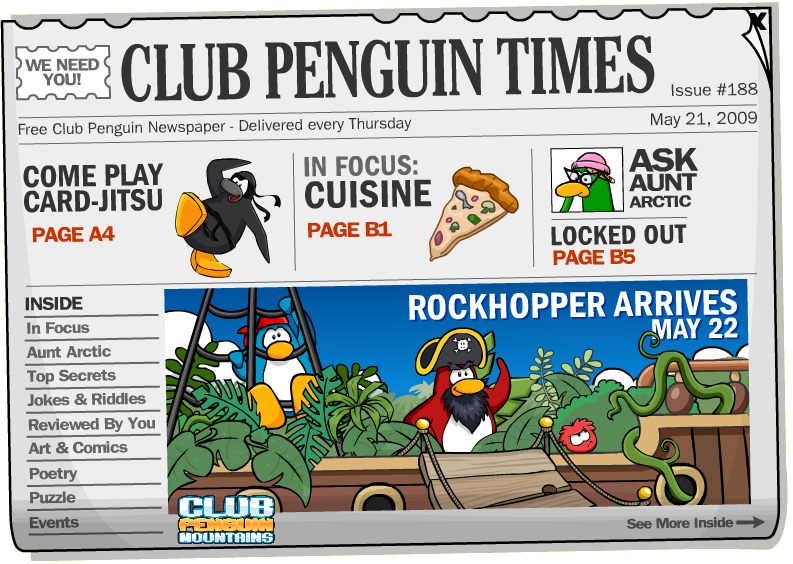 There are three possible reasons why I think Club Penguin have decided to publish a newspaper once every second week.

However, what we need to ask ourselves is why people aren’t reading the newspaper. Is it because of a lack of interesting content? I think so.

Filling the newspaper with content isn’t too hard and time consuming. You could easily feature some fan art. I would also like to see puzzles, like in the old newspaper, except maybe players could earn a few coins for completing them. This would make more players read the paper. However, this isn’t all bad. There is this possible theory…though I doubt it’s true, as great as it would be if it was.

If the CP Times paper is published every two weeks, then Aunt Arctic will have more time for her EPF duties. More EPF content coming??!

A great post about the newspaper is one written by the person who made the tweet above. It was also a helpful source for the amount of time it took to create the newspaper. You can read the full post by clicking here.