Club Penguin have done an amazing job with the Holiday Party so much to the point than many of us have missed something that could probably have to do with Club Penguin Island! In fact, it’s located in the Ship’s Hold on the left! It’s only a map and some cheese but it’s never been there in the past. Take a look at this image matching the images on the left to the images on the right. 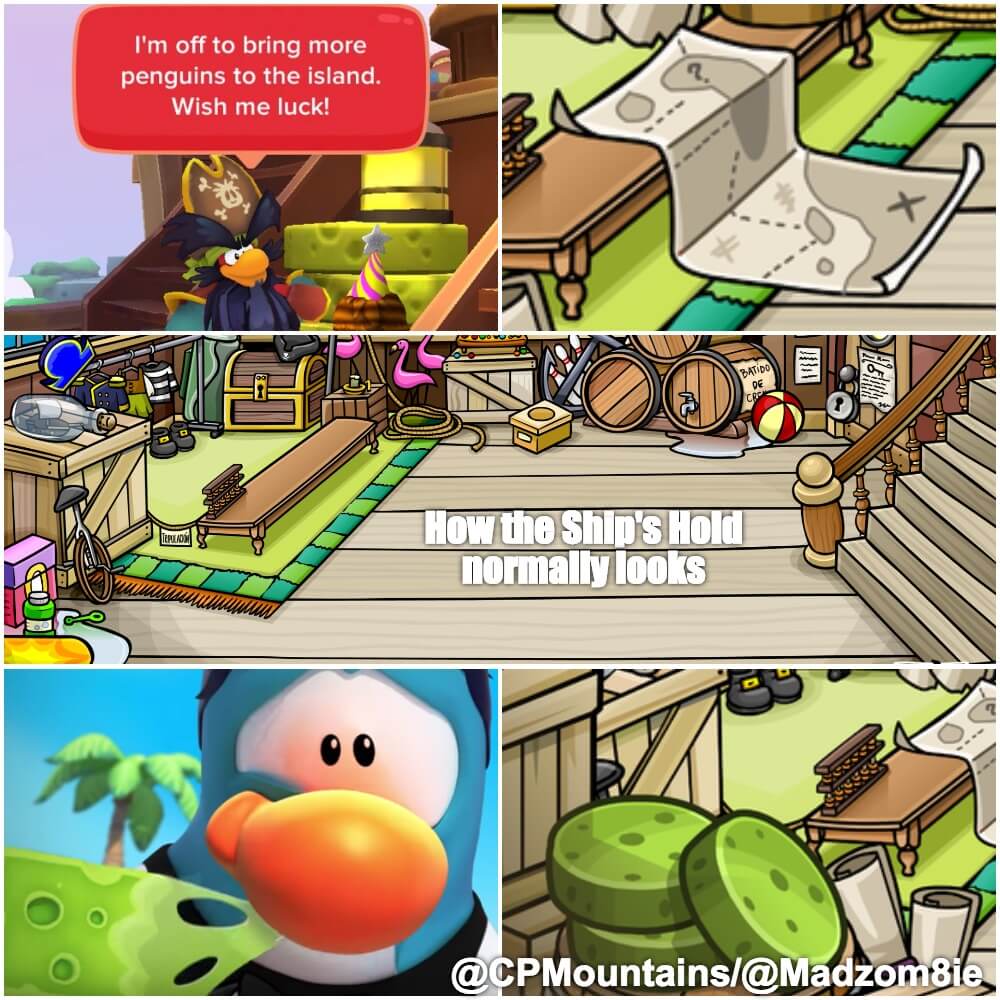 This is a technique known as foreshadowing where the team gives an indication of a future event. I reckon that the team are trying to say that we are SO close to be able to the able to play the game! I’m so excited but do bare in mind there will be a geo-beta first.

What do you think this mysterious appearance of stinky cheese and maps are hinting? Remember to stay tuned to Club Penguin Mountains for the latest Club Penguin Island news, whether it be information on the beta or a look at the game itself!