Over the past few days, I’ve been posting a lot of Club Penguin Island news but the only thing I’ve really discussed is the beta controversy. Well, it was recently announced by Megg that there will not be parties as we know it in the new game. This news has received some rather mixed feelings and I personally think that this is for the better. In this discussion, I will define what will be replacing parties and why people like Billybob hinted at this six years ago.

Before I begin, I’d like to mention that when I spoke to Craig Voight (a former Club Penguin artist) in June, he did suggest that parties might eventually come to the app. In this discussion, I’m mainly going to base my opinions and thoughts of the information we’ve received from Megg though. All this suggests is maybe the team changed their minds about parties.

I believe that it is a good thing if Club Penguin Island doesn’t have parties but there needs to be something to replace it. Users are complaining that there will be nothing to keep players from returning. Well, I disagree.

Not only are there three daily challenges as well as adventures but there’s stuff we don’t even know of at the moment. Megg has said that there will be “events”. However, let’s figure out what these are and how similar they will be to parties.

When it comes to parties on Club Penguin, one of the things which players complain about the most is the lack of challenging tasks. As you can see in the image above, Megg has informed us that parties will take place in the form of challenges in the Daily Quest and adventures. Surely we should be happy for this since it suggests that we will have more challenging tasks. 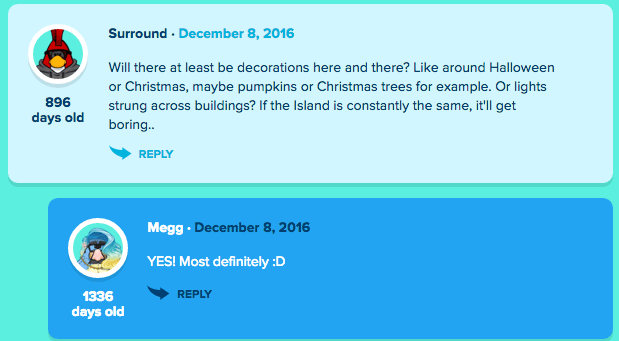 Decorations. At the moment, rooms are usually completely decorated. This won’t be the case on Club Penguin Island but Megg has confirmed that there will definitely be decorations around the island. This basically means that there won’t be full-room parties, which also is an end to takeovers! Whilst many have read there won’t be parties, I don’t think they’ve read this comment from Megg.

In a way yes, we will continuously be adding more adventures and community challenges as we build out the game more. For special occasions and events, there will be decorations added, but they won’t be full room takeovers of the island like we do now.

So these events which Megg has told us about are not that different from parties as we know them. However, there’s nothing stopping us from throwing our own parties. This is a video of Billybob, the former General Manager of Club Penguin, speaking. Many people always thought he was one of the best people and what he says kind of explains the team’s decision about parties.

Note: You must be viewing this post on a browser and not in an email to watch the embedded video

Six years ago, Billybob said how penguins like us are more creative with our parties. The fact is, in Club Penguin Island there are so many tools for us to create even bigger parties than we have now. The first thing that comes to mind are party supplies. There are SO many of them and we’ve already had a look at the party blaster.

In the future, there will also be igloos on Club Penguin Island and we’ll be able to decorate those. Think of how much fun our parties will be and how many players would have fun attending! In my opinion, that’s far better than Club Penguin throwing any types of parties but they are still working hard to try and give us “events”. Megg is extremely right.

Doesn’t mean we can’t start our own parties! That’s what I like best about CP Island… As we continue to build the game, there will be more and more available for our community to start their own themed parties 😀

One thing I do want to say before I conclude this post is that many people are really upset about there not being parties. I hope this post allows more people to realise that it is actually for the better but I think the team will still need to address the issue and explain their decision. This is what we’ve heard from them so far.

This way, we can focus our time on creating content that players can engage with every day so the app feels new and exciting each time you log in 🙂

I may agree on the team’s decision to get rid of parties as we know them but rarely does the community accept this response. We’ve heard so many times that it’s to focus their time on something else but quite frankly, no-one accepts that answer and they’re going to have to say more than just that. 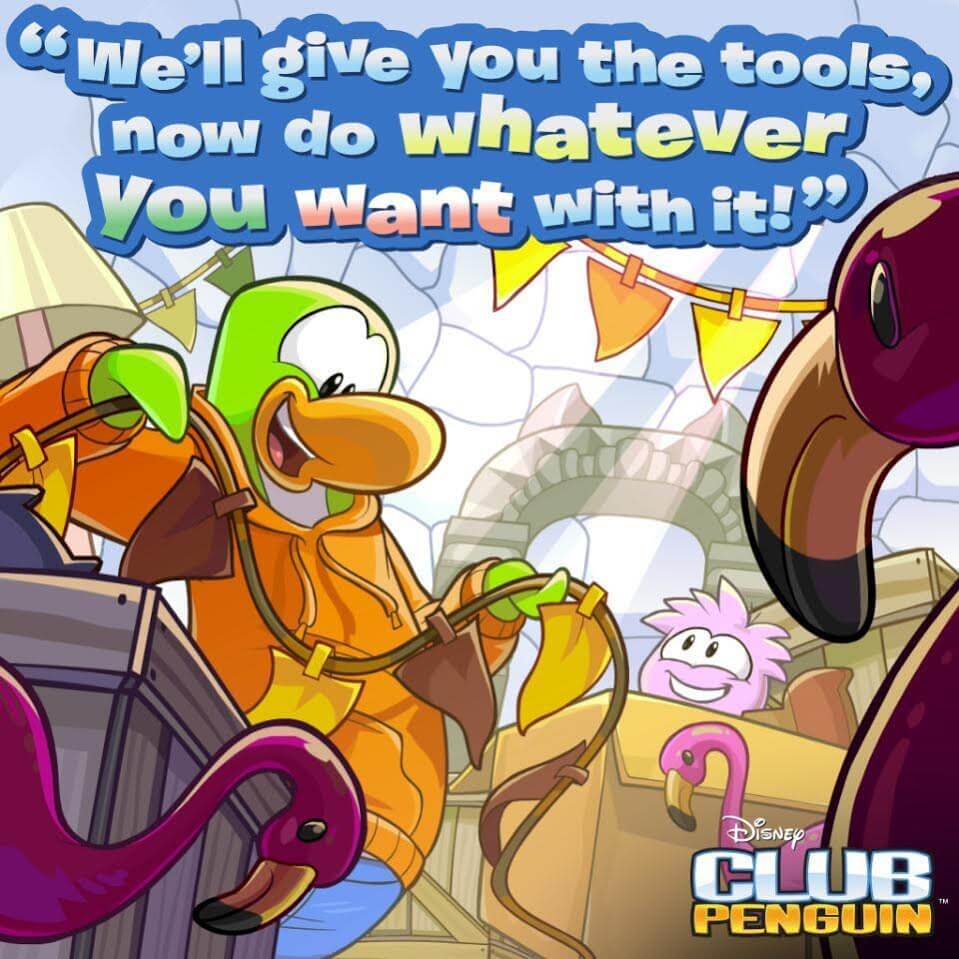 To conclude, I think that Club Penguin Island is going to be awesome! There are so many tools for us to throw our own amazing parties whether it be party supplies and very soon there will also be igloos. Not only this, but the team themselves are also adding challenges which are one of the main things we want from a party. And despite all of this, there will also be some decorations plotted around the island. This also means the end of takeovers. What’s not to like?

Remember to check Club Penguin Mountains often for the latest Club Penguin Island news! I just really wanted to give my opinion on there not being parties because the vast majority of players are upset about this news when it is a good thing!