The Club Penguin Island app has received multiple icon changes but the interesting thing is that we’re not sure why. You could assume that there’s an update but there isn’t. Furthermore, players are getting different icons. Take a look!

The image above is the one I get. I personally prefer this icon a lot over the current one, but Captain J153 gets a different one of a character playing the keytar. 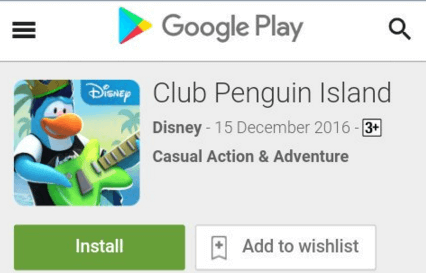 I also really like this image a lot! However, if that’s not confusing enough, Flip Flap15 gets an image of two penguins hanging out.  Personally, I don’t like this image very much.

What’s even weirder is that on my computer, I get the usual app icon. This one is just terrible compared to the others.

My guess is that the image of the app depends on your location, though I hope this changes. The top two really advertise the game much better than the bottom two and the icon is the first thing a new player sees.

This is interesting though, why the sudden change? Could we be nearing a geo-beta update, even though this was dismissed by Megg? All I can hope is that we get the keytar image or the tube image. Which is your favourite?

Once again, I’d like to thank Captain J153 and Flippy for allowing me to use their images! Be sure to check back frequently for the latest news!