Disney have directly responded to reviews criticising Club Penguin Island, specifically those saying they the classic game shouldn’t have closed and the criticism on membership.

The first response is exactly what the community has been trying to say:

Club Penguin had to close. The technology was getting old and those who say otherwise are quite frankly talking about things they don’t understand. But at the same time, the team can now make Club Penguin Island as good, even better, than the classic version! 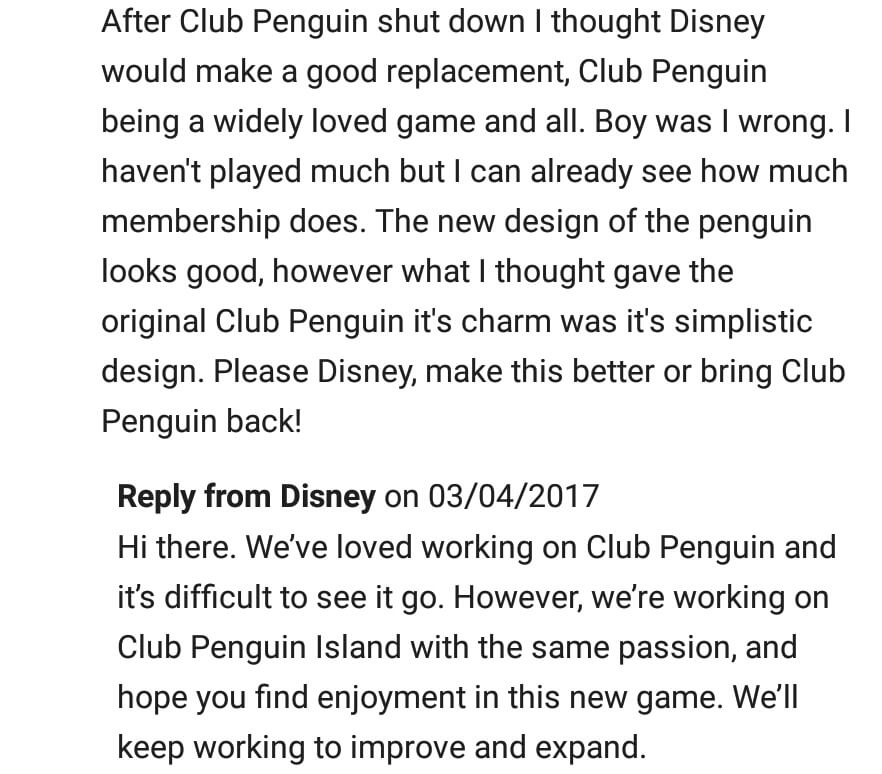 Then we get to the second response…now I’ve scrolled through a bunch of comments and not once did they consider calling the complaints of non-members being too restricted feedback. 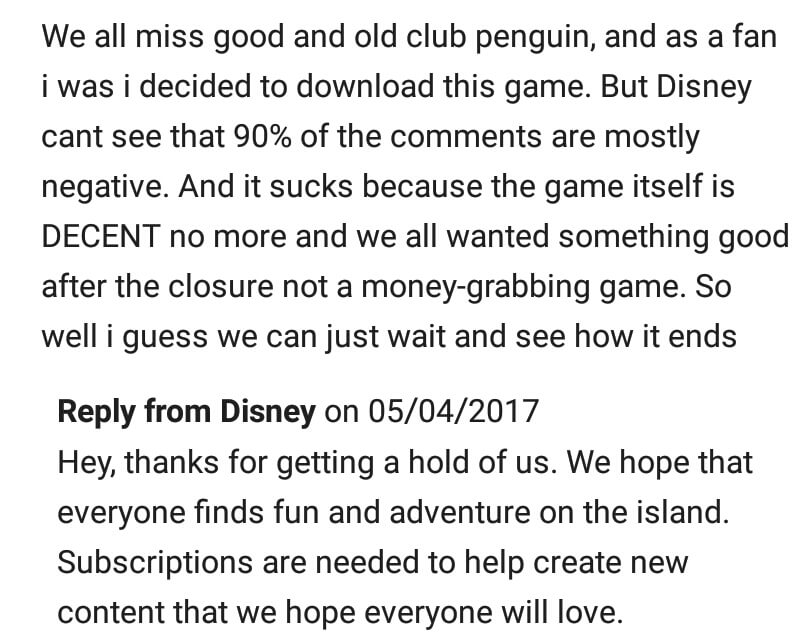 I plan to make a whole post on this in two weeks as I’m on holiday now, but this isn’t good for players who aren’t happy about the restriction of non-members. Where I stand is that I am all for Disney’s decision, the game will grow in updates and everything will be okay…if non-members get to do more.

As for #NotNyClubPenguin, Megg addressed this in the most awesome way on Twitter:

https://twitter.com/clubpenguin/status/848952660854165508
I don’t want to steal too much from this post because I really would like to get my thoughts down, maybe even in a format you’re not expecting. It’s good Disney themselves are responding to reviews. However, I would like them to focus on considering the restriction of non-members as feedback.

It’s time for Club Penguin Island to reveal that some party supplies will be for non-members this month. It’s important to make the audience happy. Don’t get me wrong, this is our island. It’s an incredible game and I completely understand why classic Club Penguin closed, but Lance Priebe (the creator of Club Penguin) summed it up perfectly.

reviews are what people think of it. Each review should be taken seriously.

That means that non members must be less restricted because otherwise, unfortunately, these negative ratings will continue. But be on the lookout for a future, more detailed discussion on this soon.