Going against all previous promises made, the team has hosted a meet-up on the same day as update day. What’s worse is that they did it on the old update, meaning that all the players who updated to version 1.2.1 (including myself) could not attend the meet-up.

Update: People online (also myself) have calmed down. Yeah, it’s disappointing and I still believe communication in the team needs to improve. But it’s a mistake I think/hope they will learn from (even if it’s the second time). Originally I called it a “disgrace” and I kinda stand by that name, since people did lose trust in the team, but not everyone did.

The fact that they cannot even get communication right has made me drop my review of 7 out of 10 to:

People are angry and frustrated that the team can’t sort out communication to even get a party on the right version. 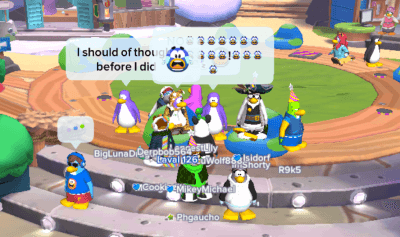 Above are the people waiting for the meet-up which they can’t attend since they updated the app. The reason I’m lowering my rating to 6 isn’t because of the fact it’s a meet-up.

They’ve given false information, disappointed players but above all, they’ve not sorted out communication. Imagine this for something worse. I hope the team realises that this needs to change soon.