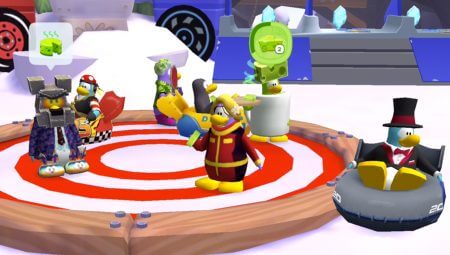 Hey everyone! The Club Penguin Island team has revealed some information about things coming in the 1.4 update later this month! We’ve also received official confirmation a Cars event will be on the island, something that’s rumoured to begin on the 23rd June.

Firstly, in the image above, we see two new Cars-themed tube designs, some new items and in the background, some Cars wheels next to the Sled Racing tracks! The Cars event has been pretty controversial but I really like the new tubes and outfits!

Here’s what else was announced:

Everyone can:
Play Marble Hunt! Hide marbles around the island for a friend, or track down marbles before time runs out!

Members can:
Join Rookie in a crazy quest to win the Golden Pick award and look cool in front of Jet Pack Guy!

Create winning styles with Cars 3 blueprints, fabrics and decals at the Disney Store!

This doesn’t seem like a big amount but the Marble Hunt game sounds incredible! We’ll need to see how it’s like but right now it sounds like a mixture of Hide and Seek and pins, two things which penguins loved on the old island! This could mean Marble Hunt will be so much fun! If you’d like to see the official post, click here.

Thank you very much for reading and I’ll be sure to keep you informed about more 1.4 content as we know it!