Yesterday was Talk Like a Pirate Day, and unfortunately I’m a day late as I’ve been super busy this week! However, I still wanted to make this article as we got a little sneak peek of the new Island Central area! You can read the official blog post here.

So about that little sneak peek, one of the screenshots in the post was on the new 1.7 version, and we could very clearly see something to do with Island Central. This is rumoured to be the train station! 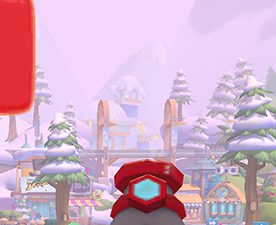 It appears that in the image above, we can see a new building (or multiple of them) and even some rails. For those who aren’t aware, the team have already shared a sneak peek of something similar to a train, and I’m pretty certain that these trains will be running along that line we can see.

The image also appears to contain a clock and we can get an idea of the scale of how big Island Central is going to be – it’s almost as tall as the mountain! That’s definitely the biggest area so far, and I’m really excited!

Thank you very much for reading, be sure to check back for more of the latest news surrounding the new Island Central/Town area! Arr!