Flippr is an upcoming CPPS, created by a talented person who has made beautiful rooms. It’s expected to release sometime in the summer, and there is a highly likely chance that I will be both playing and blogging about it.

UPDATE: In January 2019, Flippr announced it was returning, however the following post is outdated. A shift in management has been made, and I do not condone, support or endorse the return.

UPDATE: On July 3rd, it was sadly confirmed that the Flippr relaunch has been cancelled. This post will serve as an archive, but here is the official statement from the owner. 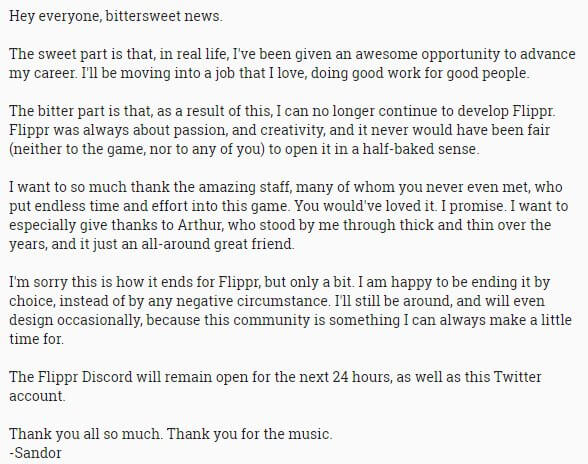 Sandor kindly offered me the opportunity to ask him a few questions so we can understand what to expect with Flippr, however I would like to show you some of his recent work!

One of his latest projects was redesigning the entire island with rooms from Operation Blackout. All of them are heavily custom and unique, whilst still looking absolutely incredible and creating the same feel as Operation Blackout did!

Another absolutely incredible project by Sandor from late 2016 was designing the entire island in celebration of the Music Jam, with completely custom and unique rooms, then uploading it onto a simulation!

It isn’t a private server as you don’t even need to register, but you’re able to check out all the amazing rooms to truly get an idea of Sandor’s talent. You can view the simulation here. 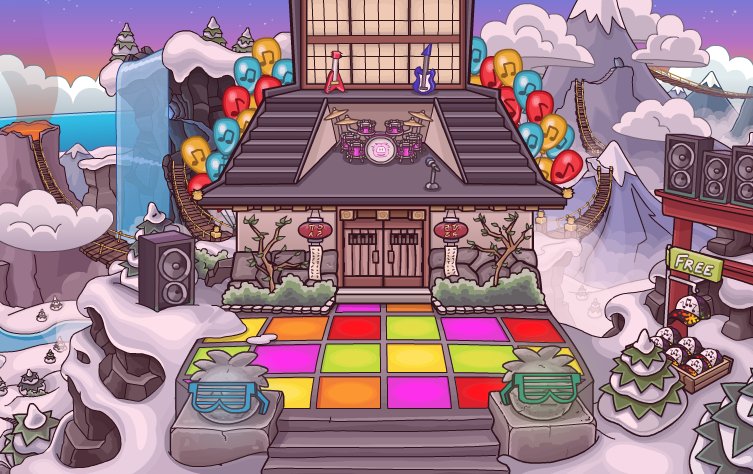 Having seen some of his designs, I hope you’ll be interested in checking out Flippr when it releases, but I’m sure there’s a lot more you would like to know about the server! I hope that this interview with Sandor, the owner/main designer of the game, will be informative.

Q2. Will Flippr be family friendly and will it have methods to ensure that the island remains family friendly, such as filters?
A. Absolutely. Flippr is awesome in that in does have such a large audience – some very young people play it, as well as some original CP fans that are a bit older. We haven’t nailed down precisely what the system will be, but we’ll definitely have room for both. It’ll probably take the form of an “adult” server and a “G-rated” server, where users can choose their experience.

Q3. What kind of update schedule will Flippr have? (eg. Weekly/bi-weekly/monthly updates)
A. We’re definitely looking to have weekly updates, at least via the newspaper and some other features. Bigger things, like parties, are going to be mainly on a monthly basis, with a few months having only miniparties because of real life time constraints.

Q4. Can we expect a significant amount of custom content?
A. Absolutely. Flippr is, at its core, very much about design. I’ve definitely toned things down a bit over the years – the changes are more stylistic than gimmicky at this point. I think you’ll find that while quantitatively there may be less custom pieces, they’re going to be a lot higher quality.

Q5. Will there be catalogs that are regularly updated and will they be custom?
A. Yes and yes. Just like last time, clothing and furniture catalogs will update each month, and feature a combination of custom and classic items. There will also be some custom catalogs which don’t update regularly, like the pet catalog and the game upgrades catalog.

Q6. Will Flippr have features such as name glows, chat bubble colours or options similar to this? Similar to this, will Flippr have commands, such as to allow any player to add any clothing item or furniture item?
A. It hasn’t been decided every feature which will and won’t be in the game. We always listen to fan input, so features that a lot of people request do definitely have a chance of being placed in. That being said, I think that name glows and chat colours do sacrifice some of the game’s quality and are therefore unlikely. Adding clothing and furniture will definitely be present in some form tho, if not by command then by a massive catalog.

Q7. Will Flippr have mascots and stamps?
A. Yes! Less mascots than last time but more stamps.

Recently, there’s been a lot of issues regarding private servers about security, especially with an increase of hacks and database breaches. Security is an issue which I personally take into huge consideration when playing a server, especially if I decide to write about it on this blog, as well as ensuring the server has a trustworthy team. You can view some of my tips on this here.

With this issue being so prevalent in the community, I asked Sandor who will be on the administrative team, how secure Flippr will be to avoid issues like this, as well as if Flippr had any previous issues involving safety/security when it was originally open.

Yes, it was highly publicised that the last iteration of Flippr went down in flames, due to a security incident not unlike the ones that have befell other servers lately.

While I’m not saying quite yet who’s on the administrative team, what I can say is that security has been at the forefront since this new version came into development. That means developing safe code to avoid literal hacks, but also safe policies to prevent incidents. We’re working hard to combine these into an effective security strategy that we will gladly be transparent about in time.

Another question which I had was how Flippr would differ itself from the other custom private servers currently out there. SuperCPPS currently offers beautiful custom content, and Pengur will do so too when it releases later this year.

Considering that there’s been an increase in less-established private servers being created after the closure of Club Penguin Rewritten, but closing very shortly after their launch, I was also wondering how Flippr would differ from this.

Right, so I there are definitely other awesome servers out there doing a great job, but what makes Flippr different is the vision. We care a great deal about consistency, and being true to what classic Club Penguin was – not making a joke out of it or trying to emulate its successor. As far as longevity, I think this time around we’re just a bit more realistic about all of our plans and capacities.

Finally, I was curious on the estimated release for Flippr, especially considering that there has been a large desire for a safe and beautiful server with an active community. So far, it seems that the release is planned for ideally around summer.

We’re definitely looking to release this summer. In reality, it could be earlier, but I’d rather give time and launch as a surprise than have to delay. You can expect plenty of sneak peaks and behind the scenes both on my Twitter and on our new Discord server.

I’m truly grateful to be able to have the opportunity to speak with Sandor regarding this issue and thank him for this interview. For now, Flippr is simply a forum which you can view here.

I am excited to see the future of Flippr! As for whether or not I will be blogging about it, the answer is I’m not entirely sure yet. I will likely be doing so, but I can’t guarantee the answer just yet.