Earlier today, Rookie and Cosima made an appearance on the SuperCPPS English server Blizzard in celebration of the ongoing April Fools Party and Puffle Party!

He gave out postcards, explored the island, told jokes, spoke with others and more! Overall, it was a really cool meet-up, especially as it was in English, but he did not have a new background. It was also tracked by our tracker. 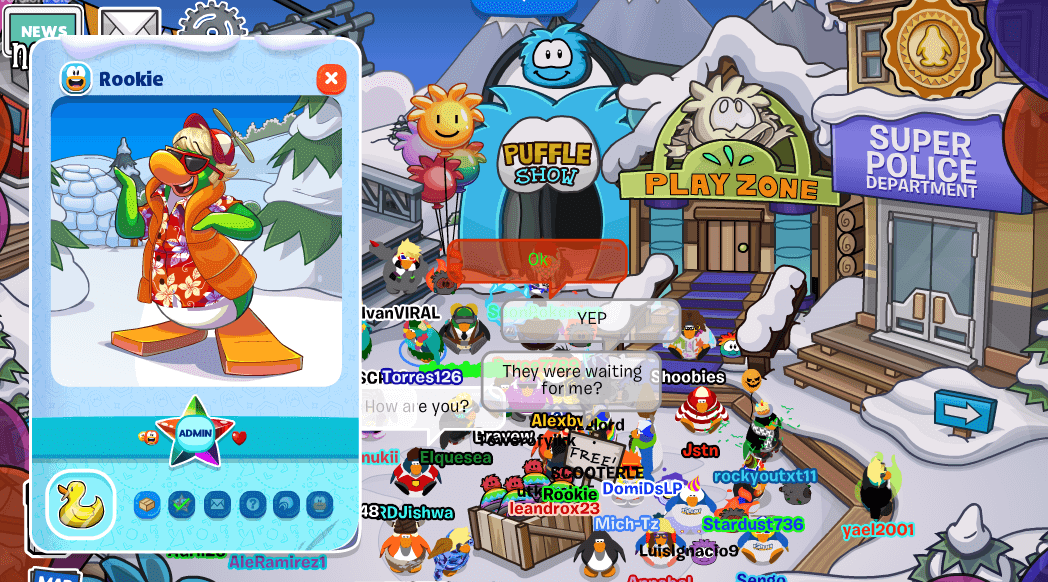 Cosima also then appeared later in the meet-up, and also gave out postcards whilst celebrating! She also had no new background. 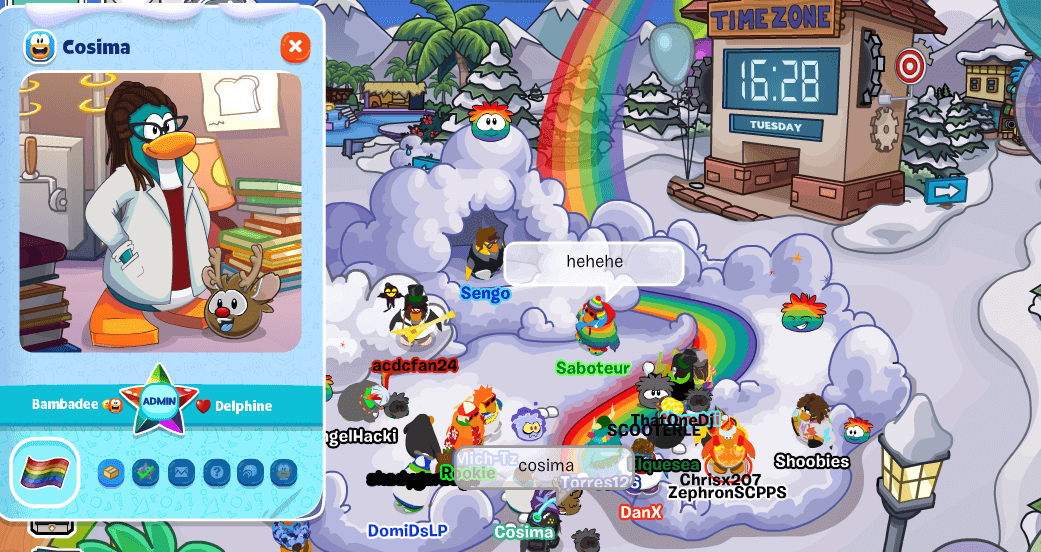 In case you missed this meet-up, Rookie is scheduled to come online again at the following location and time, but he could come on any time before then:

Thank you very much for reading, be sure to check the Rookie tracker for an increased chance in meeting him!