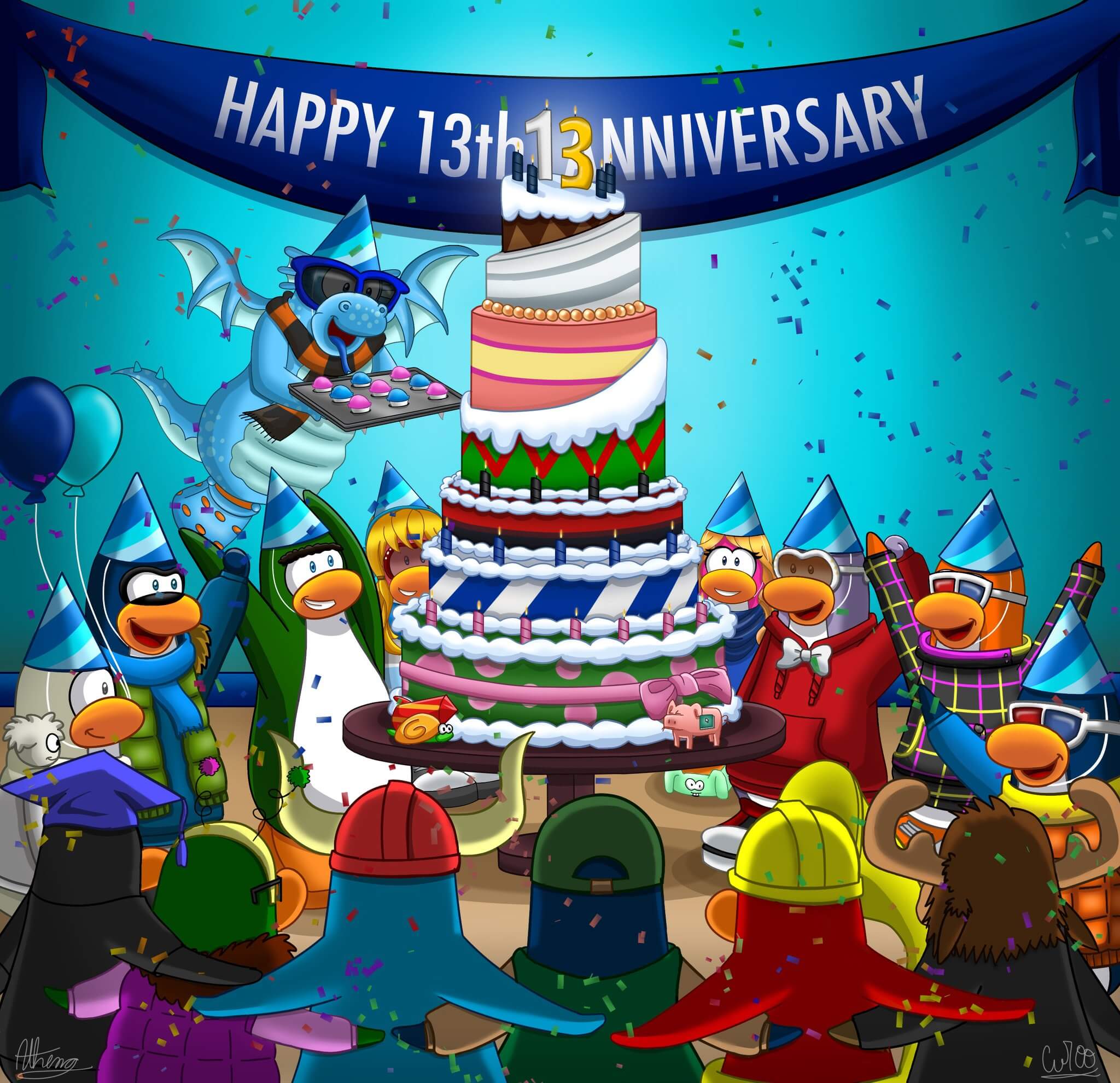 Eight years ago, I signed up to Club Penguin, and was immediately amazed by an entire snowy island, which launched exactly five years before then!

Today the classic version of Club Penguin would’ve turned thirteen, and although it’s devastating that this is the last anniversary of the official franchise, Club Penguin has provided us with amazing memories and experiences, along with skills, friendships and above all, fun times!

I wanted to recognise that with this post, because I’ve certainly had loads of amazing memories and learnt a lot, both from Club Penguin, CP Rewritten/Island and also maintaining this blog. It’s unfortunate that after all these years, the official franchise is ending and that lots of jobs are being lost, especially in the most cruel way if the rumours are true. But despite this, I’d really like to extend my thanks for the team behind thirteen years worth of magic, and the Club Penguin Rewritten team for offering to carry that on for all of us.

Club Penguin has been undeniably one of the most significant and prevalent virtual worlds to ever be created, and the proof is that is how we as a community continue to celebrate a 13th Anniversary at a time where many virtual worlds fade within months. For many of us, it feels like we were celebrating a party only recently, and who knows what exciting things are held in the future from now.