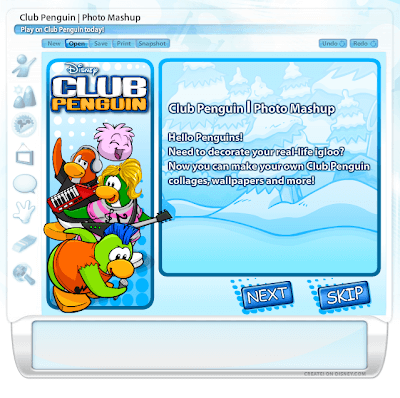 For today’s Mountains Monday, I wanted to share something which wasn’t actually released on the Club Penguin website, but rather the Disney one! It was released almost exactly ten years ago, but it was retired a couple years later. The feature which I’m referring to is Photo Mashup.

This was effectively a small photo editing software online, except it only allowed you to work with Club Penguin-themed things; you could drag and drop penguins and puffles into your images, and include things such as chat bubbles or emotes.

Due to this, people were able to design all sorts of things! They included wallpapers and collages, but the ability to use speech bubbles also led to a large number of people attempting to create comics with this tool.

Although it’d probably be considered quite basic to today’s standards, especially where more accessible editing software provides much greater flexibility, this was something pretty popular and remarkable back in the day!