Today I want to discuss one of my recent posts which has caused a lot of controversy throughout the community, so much to the point I even received threats of having this website taken down. This is the post about the #ProjectSuperSecret release date. In case you missed it, you can read it by clicking here.

I’m sure that many people expected this post to say, “Oh! It was just a prank”. I understand why you might think this seeing how I posted a prank a few days before this. In that post I mentioned that it was a prank in EPF code and then the day after, I made a post explaining that. However, there has been no post saying this and that is because it is real. It is simply a coincidence I received this information a few days after I pulled the prank.

Despite me telling you this, many people don’t believe me which is a shame. I have even read multiple posts completely ignoring what I have said, yet I know for a fact that the owners have read the release date. This is just two posts I read.

Well, I’m sorry to burst your bubble but that won’t be happening since Project Super Secret fully releases in 2017. When I informed Nicoray, the creator of the post, about this, he told me that he’d rather hear it from Club Penguin themselves. I’m sure that this is the case with many penguins which is why I want to say this.

Club Penguin is made up of more than just Spike Hike and Megg. There is a whole team that creates the game we all know and love today. Craig Voight is a 3D designer for that team. He sent me that email. This is the full email I received. The black bit is my real name. It says 38 minutes ago because I took this screenshot a while ago.

If you check out his LinkedIn profile, you’d realise that he has been working for Disney Interactive and Club Penguin for many years now. You may just not believe me or may not want to believe him but all I can do is share this email.

Furthermore, some people think I was lying due to this comment saying we “won’t have to wait too long after that to test it out”. “Test it out” is referring to the beta. Craig Voight did not say that the beta was in 2017. He said that the full launch was early 2017. The beta could, and probably will be, earlier.

The email that I shared has not been edited or forged. I am simply sharing what Craig Voight has told me. Since he probably signed a non-disclosure agreement about #ProjectSuperSecret (a person who visited the CP HQ told me that everyone that goes in must sign an NDA. Of course, this person can’t be trusted as he claimed some illegal things were going to happen…), he could not share any images. This means that Craig probably was allowed to share “2017” otherwise why wouldn’t he just share everything?

I guess we’ll find out if he’s correct in summer but remember, there is more to the Club Penguin team than just Spike Hike and Megg.

Update: Here’s some more proof that PSS releases in 2017. This was found on Craig Voight’s ArtStation and it clearly shows that what I said was no lie. 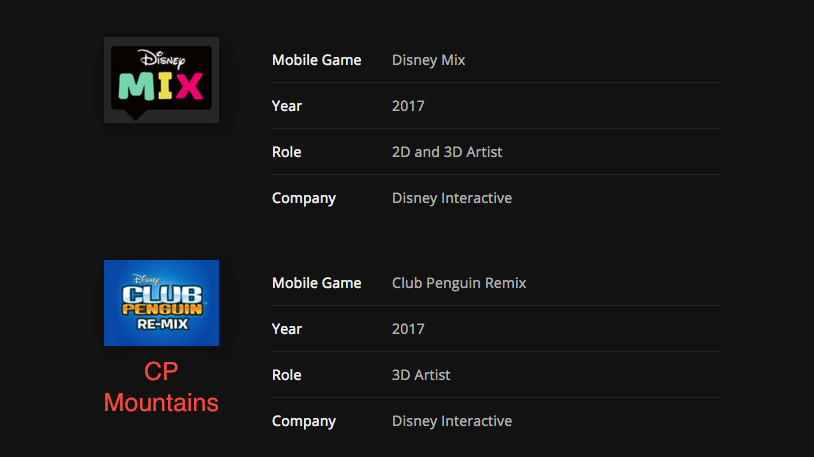