Cheating has been around for many years on Club Penguin. It’s virtually been accepted and Club Penguin has launched no major crackdown on cheating, not even a minor one.

The last reasonably successful attempt to catch cheaters was executed in December of 2013, almost three years ago. The problem is, cheaters and cheating programs are becoming smarter, sneakier and more reliable whereas Club Penguin aren’t.

Many believe that the only way to end cheating is to “patch” the program itself, however this is impossible. In fact, I believe that Club Penguin should use these programs to their advantage and as Project Super Secret approaches, the team need to think of new methods to put an end to cheating. But today we are going to talk about a method that could be used to catch cheaters today. It’s a method which is known as “baiting“.

To understand how to end adders, you need to understand how adders work. Most items are not available on an item adder, and this is because they are patched. What this means is that it’s essentially impossible to add these items. Only once, in June 2014, were all items unpatched and that is the reason why there were hundreds of players wearing beta hats during that month. Some believe that programs developed a new method, others think that it was a flaw on Club Penguin’s side. Either way, they were patched again a few days afterwards.

You may be wondering, why not patch all items? I was informed by a very well-known cheater that this would result in no player being able to obtain the item, legitimately or not. As to why items which cannot be legitimately obtained are still able to be hacked, I am not quite sure. My theory is that it’s a waste of time for Club Penguin to patch them as they are not “rare” in anyway, with one major exception which I will come to later. 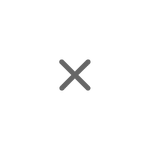 Every adder that I know automatically removes items from their adding list once they are patched. So whilst you may be able to patch items, you cannot patch the actual adder.

Cheaters still need to be caught though. With this knowledge, the Club Penguin team needs to use the adder to their advantage and the way to do that is baiting. A bait item is essentially Club Penguin adding an item but once you add it, you will get banned. The problem is, only once did Club Penguin get any success out of it. This is because all bait items have the icon on the right, but worse still, THEY’RE PATCHED and cheating programs automatically remove patched items. You may be wondering, surely there’s a reason for this. Surely the team don’t have the technology to unpatch a bait item. Well, I thought this too, however bait items have been successful in the past. But only once…

In December 2o13, players were able to add Rockhopper’s Santa Hat which made them look like Rockhopper on the game. Cheating websites were very cautious of this item and Penguin Lodge, a popular cheating website, even issued out a warning about it. Ultimately, it did get the attention of cheaters and you were able to hack it.

The warnings issued out by cheating websites were correct. Club Penguin immediately banned anyone they saw wearing it, but it still technically wasn’t a bait item. You just had to make sure the team wouldn’t see you wearing it, and it was strongly advised you didn’t wear it in public in case you got reported. But you need to remember, it’s an item exclusive for hackers (and Rockhopper) so many people wanted it. It was the perfect lure.

Club Penguin gave everyone some time, but then they launched the second wave of their baiting plan. Anyone who wore it, or even did so much as clicked on it on their inventory, was automatically banned for cheating. I thought it was pretty genius, it was perhaps the only crackdown on cheating in “New Club Penguin”, but it did have some flaws. Instead of the item looking like the image looking like the one on the right, it had a big “X” on it.

This approach was not subtle either. There were dozens of warnings made by cheating website, cheaters and just ordinary penguins.

The item was immediately removed. The plan had worked. I would not be surprised if tens of thousands of people got banned because of this item. Everyone wanted it. But the announcements given prevented even more bans. I know people who still have the item in their inventory today but don’t dare click it and know that the consequences are either a 72 hour ban or a permanent ban. Regardless, it was a successful bait item created by Club Penguin and they caught many cheaters.

Despite there being loads of bait items in Club Penguin, this is the only one that players had a chance of obtaining, making it a successful attempt which I feel needs to be repeated if Club Penguin wants to stamp out cheating.

However, before I continue, I want to go back to the “exception with rare items” which I talked about earlier. Rare items are patched and we’re all talking about items. But items is not the type of Club Penguin cheating which the team needs to prioritise. Furniture items are. Would you be surprised if I told you that you could easily obtain ANY furniture item through cheating, with the exception of the Innocent Smoothie Fruit furniture? Even furniture item ID 1 can be obtained. Even the Mona Lisa, arguably the most rarest furniture item, can be obtained.

There is another “X” for furniture bait items, but my research tells me that there has never, ever been a bait furniture item. It was once possible to get the items on the right through cheating, but it got patched really quickly, and those who got the items got away with cheating. But I’ll tell you now, the Pineapple Igloo is arguably the most wanted igloo, but it’s patched.

I think that it would be even more ideal if Club Penguin had a list of all the people with a specific item. Then they can just ban them regardless of whether or not they click it. This technology might exist already, but if it doesn’t, don’t worry. Use my five steps!

I think it’ll be interesting to see how cheating is like when Project Super Secret launches. Will there be more of it, or less of it? Could there even be none at all? If there is, will the method I just mentioned still be efficient at stopping cheating? Those are the questions that need to be answered. Regardless, Club Penguin still needs one major crackdown on cheating before Project Super Secret launches, and this is the way to do it.