After years of waiting, earlier this month, Megg promised us a “Project Super Secret Update”. Very recently, that was released. Many are a bit disappointed as we were hoping that it would be details on the beta, but despite this disappointment, this sneak peek has really increased the hype and excitement to an uncontainable level. Today I’d like to analyse some of the things you may have missed, but before that I’m going to look at each piece of information which we were told and give my thoughts on it. You may be interested in this (I hope that you are) but if you aren’t you can just skip this bit!

I think that it’s really interesting they’ve decided on an official name. In case you haven’t heard, Spike Hike said a few months ago that the name “Club Penguin Re-Mix” was being used in the team, though an official name had now been decided. I’m glad to here that it now has.

In all honesty, I think that Club Penguin Re-Mix is a good name and I wouldn’t be surprised if that is the official name. Megg did confirm in episode two of Island Insider that the new name contains the words “Club Penguin”.

YES! This isn’t much as a surprise as it was confirmed years ago, but we really needed this. I’m glad the team have prioritised this. It most likely will just be the same filter as the one in Disney Mix, since Disney Mix is also part of Project Super Secret. 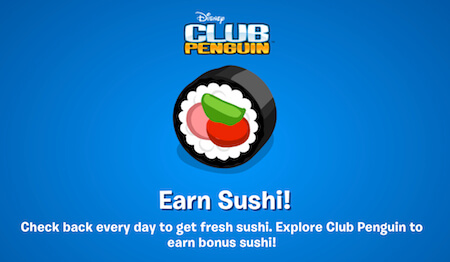 This sounds good, but I have no idea how this will turn out.  My hope is that it isn’t just another mini-game, because at the moment it sounds really similar to Sushi Drop.

If the treasure is hidden very well and it requires you to explore the island, then this will be awesome! The problem is, it could be a fail if the difficulty of this is too easy. I would suggest mixing it up, so that you have some difficult ones to find and some easy ones to find.

Pyrotechnic either has something to do with fireworks or a performance. Both sound interesting, but the word “stage” stands out to me.

Will the new game have sort of a story mode with the virtual island? If so, then I think that will be very interesting. We also have “500+ lines of voice dialog”, as well as “Hundreds of collectible sea crystals, seaweed and more”. The game that came to mind when I first read these lines was Lego City Undercover.

Wait, so after 121 days, there’ll be nothing left to do?! In seriousness, what’s the prize? Is it for members only? Daily challenges sound awesome, but once again, the difficulty concerns me. Will it be something you just spend ten seconds going (like you do at parties today) or is it something that will actually keep you on the game for a decent amount of time and will make you feel like you’ve accomplished something when you complete the challenge?

You know, I’m thinking that this game is more like Lego City Undercover than Club Penguin.

Do we get to host our own parties? If so, that seems epic! I don’t think that Club Penguin would’ve designed over 20 parties by now, especially with the information that I received, so I think that the first option seems like the obvious one!

Why would we need confetti? Perhaps for hosting our own parties, but it’s too early to jump to conclusions with this piece of information.

This has been revealed many times in the past few months. Maybe we can collect them throughout the island and use them? You see some in the Project Super Secret update sneak peek, and they don’t seem that well hidden but I don’t think that’s too big of a deal with these emoji. 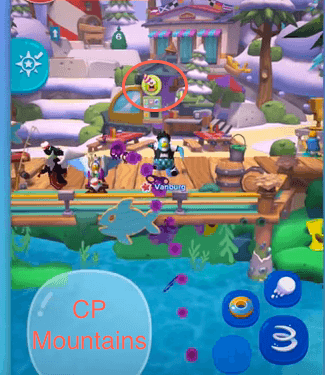 Towards the end of the trailer, you see the building which Megg hinted in Island Insider a few weeks ago. (Thanks Blue21102 for pointing this one out to me!)

Very recently, I gave my thoughts on the Project Super Secret mascots. In this video, we see their sprites and they don’t look too bad! Even Rockhopper looks okay, but it is very blurry. But does this mean mascots are no longer meetable? 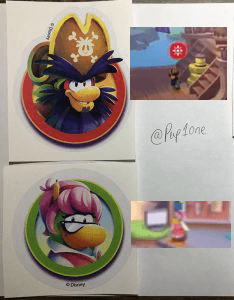 Club Penguin will still have coins as a currency, despite rumours it might switch to seaweed.

A few months ago, we had the sneak peek of the Fun Hut and many of us wondered what would be on that screen. We can see a music note, which suggests it will play music.

You can see Mickey Mouse’s ears, along with a hanger, which suggests it is a clothes shop.

The Lighthouse is cracked and broken. If this game really does have a story mode, then I bet we’ll have to fix. Or maybe it’s another EPF operation!

Was that another island I just saw? Wow! I guess we’ll no longer see an iceberg.

Is this a daily challenge or a new minigame?

Instead of there being a button where you can access the clothing customiser, it looks like you need to go somewhere.

In general, Club Penguin have successfully given me hope that Project Super Secret will be a success. My concern is that what will happen to my blog. It seems like less of a virtual world but more of a video game to be honest. We definitely aren’t just going to see the normal, here’s the newspaper and here’s the pin type of stuff. But, if this game is a success, we can always say…

We were beta testers.