Very recently, I sent my 3rd letter to Club Penguin, as inspired by the “Fan Mail” wall in Island Insider and #CPReunion. Today I just want to briefly share what was inside the envelope you see above. I chose to decorate it with some of my sheets of stickers as I have LOADS. They look cool, but the only problem is that the people at the post office get so judgemental sometimes… 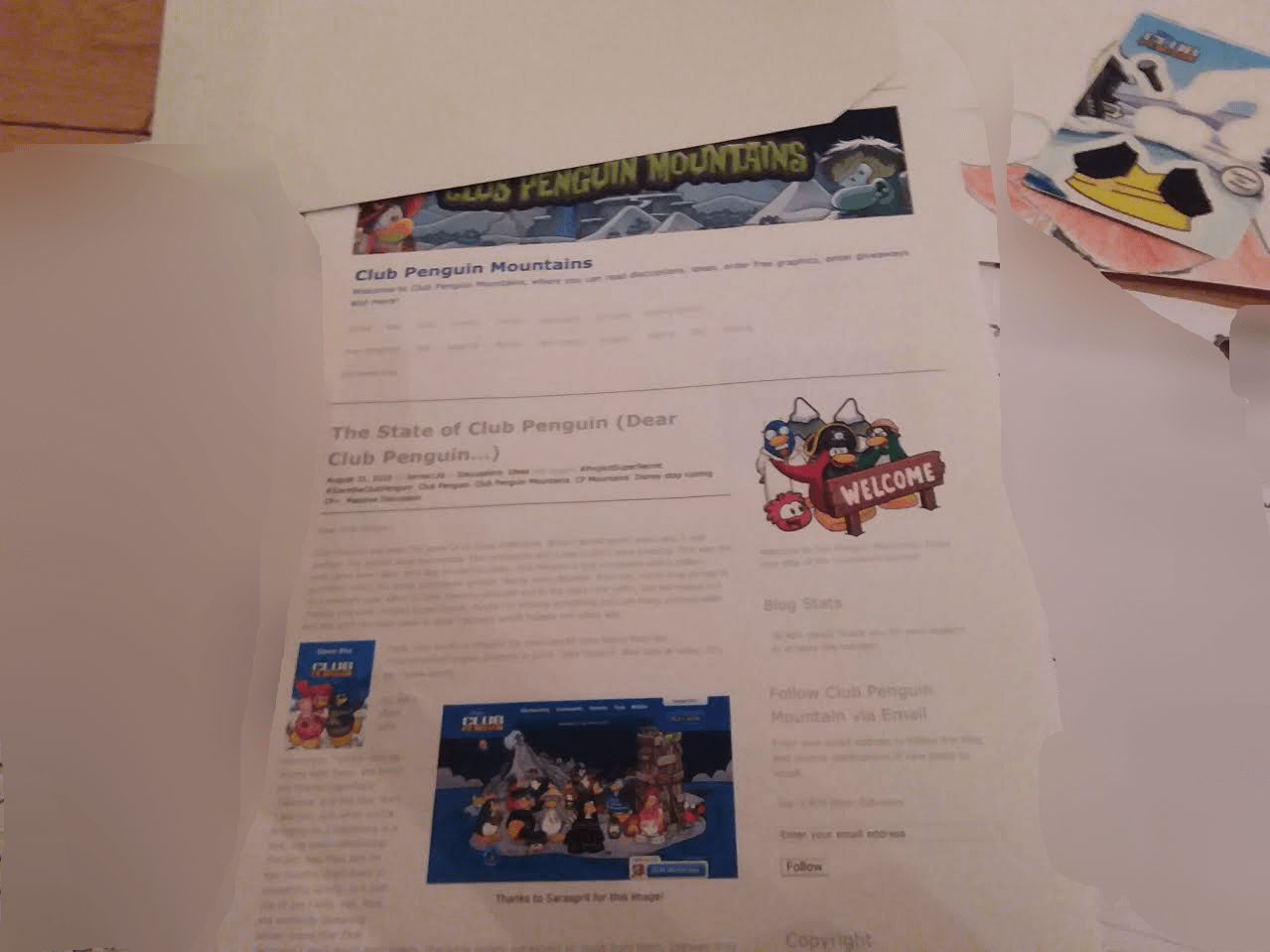 It’s not as great as my first letter, but I still put a lot of effort into it! Everything, with the exception of the Club Penguin Mountains post, is handwritten so I do hope that I get a third reply from the team. It’s been a while since I sent a letter, but I still sick with my original suggestion that you send in a letter to the team. They usually reply within two weeks, and it’s really awesome to read their response. Here is their address in case you’re interested:

I’ll be sure to share their response if I get one! 🙂