Earlier this evening, Megg hosted a Megg Monday and I was able to attend! Much to my surprise, the rooms were nowhere near full and not many people came. So little came, that we even got the opportunity to spend a lot of time talking with Megg, asking her questions and giving her ideas! Despite this, we all had so much fun, and some information (good and sad) was learnt. Today I just want to share a screenshot and some new information which you may have missed. 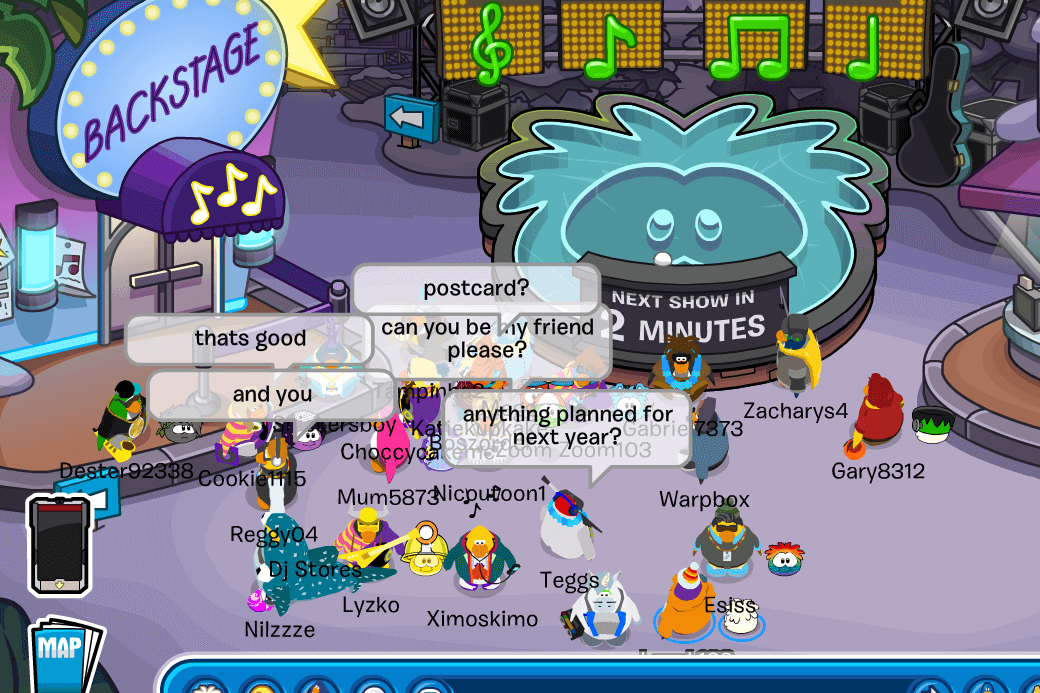 The party lasted around an hour and we had such a great tine! We covered rooms such as the Backstage, Dock and Casta Fiesta, where Megg thought Franky was located at! We suggested multiple things which Megg said she would inform the team about, and she promised to visit igloos next week, so be sure to be there! Let’s get into the information, but I must note that I did not take screenshots for most the things. You’ll just need to take my word for it!

-Merry Walrus actually started off in the opera

-Shockingly, Wolfyjumps has decided to leave Club Penguin as she got a very good “opportunity”

-Ninja still works for Disney, but he is in a different team

-New recruits have been hired in the Club Penguin office

-Something exciting next week 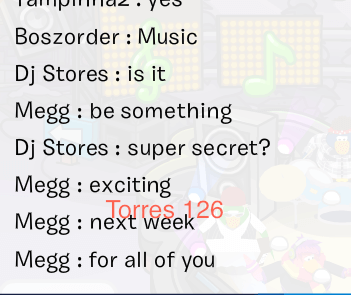 -Project Super Secret “will totally be worth it”

-Something else is probably happening next week, but I can’t remember what

-The following image is not true as Megg was referring to the Casta Fiesta. 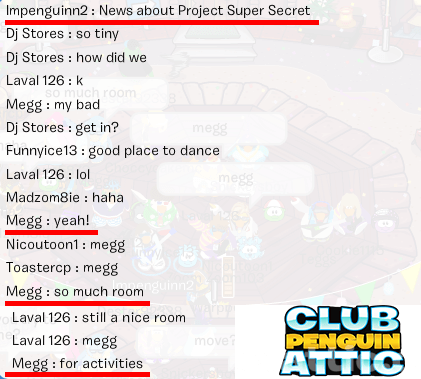 I will update this list once I remember more information.