Club Penguin Island is expected to launch early March with the closing date of the classic game approaching quickly, though the team has suggested that there will be a “small update” a week before March 29th. Rumours suggest that this will be free membership.

Me being busy has resulted in missing the last two editions, which I apologise about. Instead, today we’re going to cover fan mail, private servers, news, awesome art, questions and more! 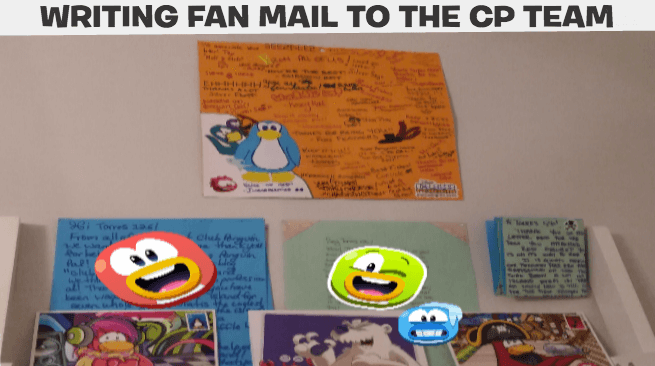 Earlier this week I received an amazing response to a tube I sent the team around two months ago, containing a 3 page letter from the team, a meggnificent letter from Megg and a card with a signature of so many awesome staff members, all of which I have added to my previous 4 responses. I cannot thank them enough for this and I really appreciate it!

YOU can also send in some fan mail to their headquarters in Canada! The thing that puts people off the most is what to send and how to do it. Here’s a few recommendations you may want to consider:

I’ve always handwritten my letters though I doubt it makes a difference. With a parent or guardian’s permission, post your envelope or parcel to this address by going to your local Post Office. Also be sure to include your return address on the envelope otherwise it won’t reach there:

I’m sure they love fan mail and they always respond. Sending something to the team is something which I strongly reccommend because it’s one of the few opportunities where you can talk about Club Penguin with someone who shares your passion for the game. 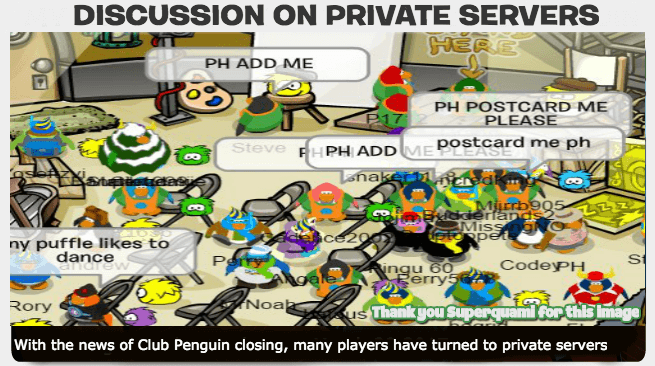 Private servers is a controversial topic throughout the community and though they are technically illegal, I have mixed feelings around them. This article was requested and if you disagree with my thoughts, that’s fine! It’s a discussion after all!

I find the idea of people making a server for educational and entertainment purposes, with no bots to advertise them, using their talents to make some really creative stuff and doing it all for fun pretty cool. I’ve never really been one to play them though but I can’t really heavily bash those kinds of servers.

However, very recently, a new server has emerged which is kind of what I want to centre this discussion on. There’s no new content and it is basically just “Old CP”. The creators are taking advantage of the news of Club Penguin closing to attract a huge audience, as you see in the picture above.

Persevering a virtual world is usually an awesome idea but not in this case. The reason why Club Penguin closed is in favour of CP Island and probably not for the two games to cause competition with each other. Now we have a private server causing competition for an official game. I’ve heard people talking about this server and saying it has gone “viral” and seen pictures with loads of penguins but I’ve not had that happen with CP Island.

What are your plans after Club Penguin shuts down?

Barely did more people vote for CP Island and that is concerning. Ultimately, enjoy playing what you enjoy. But do bare in mind that the reason CP closed down was for CPI and we should try and support the team’s decision where possible. 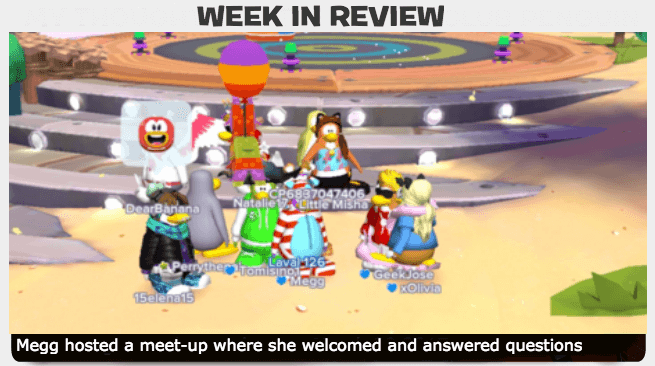 On Friday, Megg was awesome enough to host a meet-up even though she wasn’t feeling too great! There she answered some questions in a week where there was very little Club Penguin Island information. Instead, we now have lots!

Here’s what we covered this week:

Q. What are your plans after closing CP?

-Edek2012 and pretty much everyone at school

A. Club Penguin Mountains will still be here and I’ll just be covering CP Island stuff. I am so excited to blog about something new and share information. It’s something really fresh and I’ve been enjoying it a lot recently.

I’m also thinking about doing a weekly or biweekly thing when rsnail’s new virtual world launches. I think I’ll really like it and I tend to enjoy blogging about things I’m passionate about! We’ll see though, the future has a lot to hold! 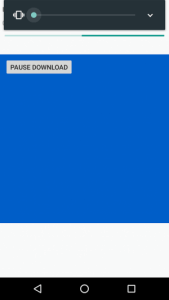 Q. After opening the game, it says it wants to download extra files. And then says I can’t because I have not purchased the game. What can I do?

A. I love sharing my knowledge about the game and many people have asked me this, but unfortunately I don’t know what to do.

Although I experienced this issue with the classic Club Penguin app many years ago, I just had to get a better connection and wait for it to finish downloading. The app is supposed to be free and this “purchased game” issue is something many people have asked me about.

My suggestion would be to email “support@clubpenguinisland.com” and ask for help or wait until worldwide release. Sorry!

Last edition’s poll accumulated over 85 votes and the question was, “Is there a future for official classic CP after 29/03?”. Here are the results:

This weeks poll relates to the private server article. I’m curious – are you sticking with CP Island?

There were two amazing pieces of artwork which I would like to feature! The first was made by Vanessa and is an absolutely amazing drawing of my penguin which I intend to use as a profile for something soon! Thank you so much! 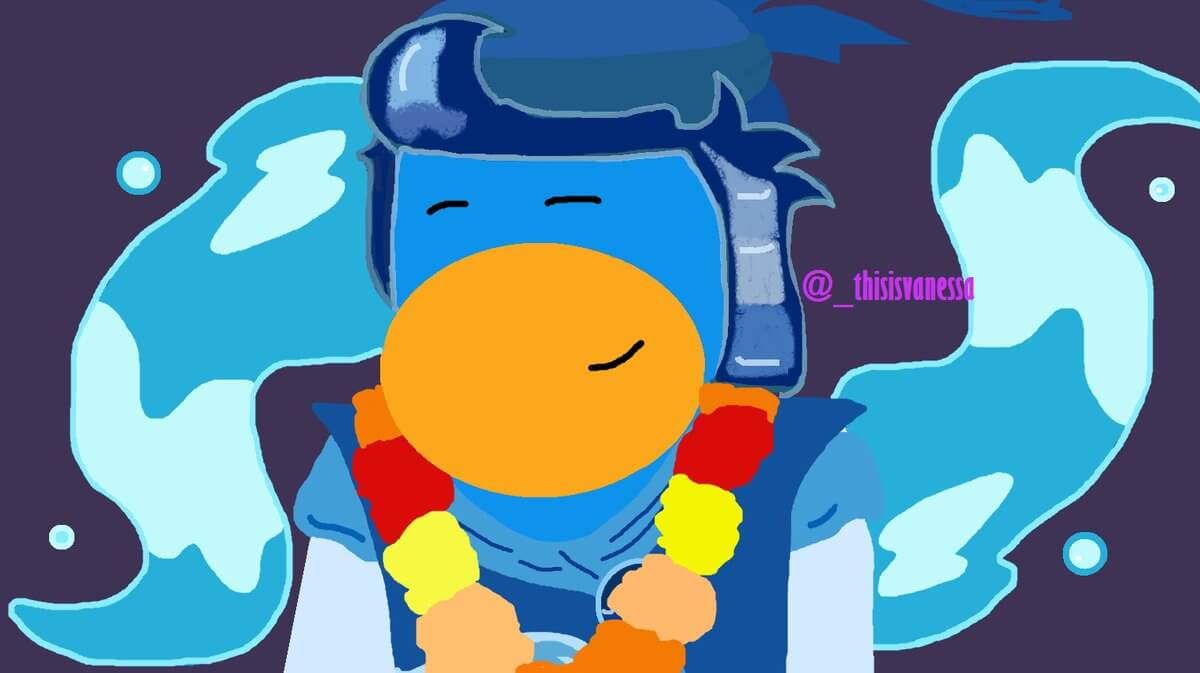 Captain J153 also drew this cool image of my outfit on Club Penguin Island! It looks really accurate (though I seem a bit grumpy!), thank you so much! 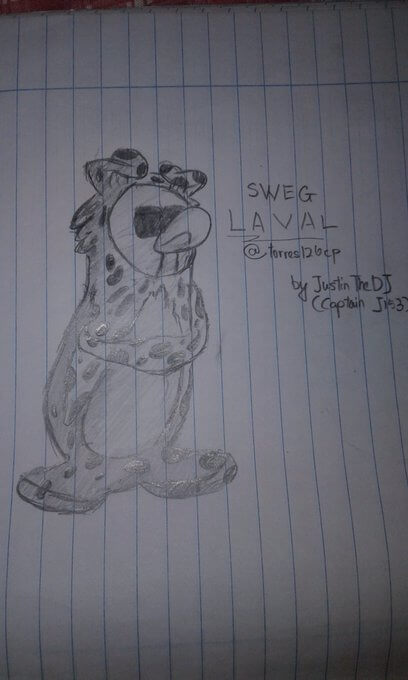 I hope you leave this page with the intention of writing fan-mail to Kelowna and supporting Club Penguin Island!