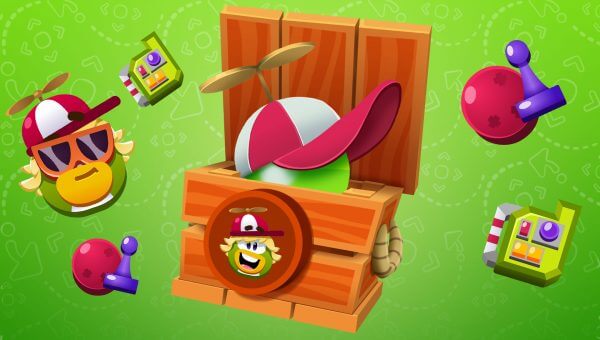 Some big news about the Club Penguin Island 1.4 update has been revealed! We will be able to earn 5 Rookie XP and 30 coins each time we play the new mini-game, Marble Hunt. That means playing this six times is equivalent to the average Daily Challenge XP.

There’s a new game coming to Club Penguin Island, and I’ve just GOT to spill the beans. Or should I say, marbles?

Marble Hunt is a game for EVERY penguin. Members can buy the game at shops, and then they can invite ANY penguin to play.

I’m going to suggest finding the best hiding spots on the island now because you’re gonna need them!

If you’re the Hider you’ll have to be super sneaky in hiding marbles in tough-to-find places. And if you’re the Seeker, you’ll be using your detective skills to track the marbles down—and you’ll have just one minute to do it!

No matter who wins, you’ll both be rewarded. The winner gets 30 coins and 5 Rookie XP, and their opponent gets 20 coins. Niiiiiice!

So, who’s ready to hunt?

This sounds awesome and makes me a lot more excited for Marble Hunt! Speaking of which, here’s a quick summary about the new mini-game.

Thank you for reading and be sure to check back for the latest news about the 1.4 update!