This week’s sneak peek contains a whole load of photos on the Halloween Event next month, as well as a massive photo of the Island Central area that we’ve not seen yet!

It confirms he return of the dark and spooky sky, as well as some other decorations, and mascot redesigns. The event starts when the 1.7 update is released, which will likely be in ten days, and will probably be the biggest event so far! 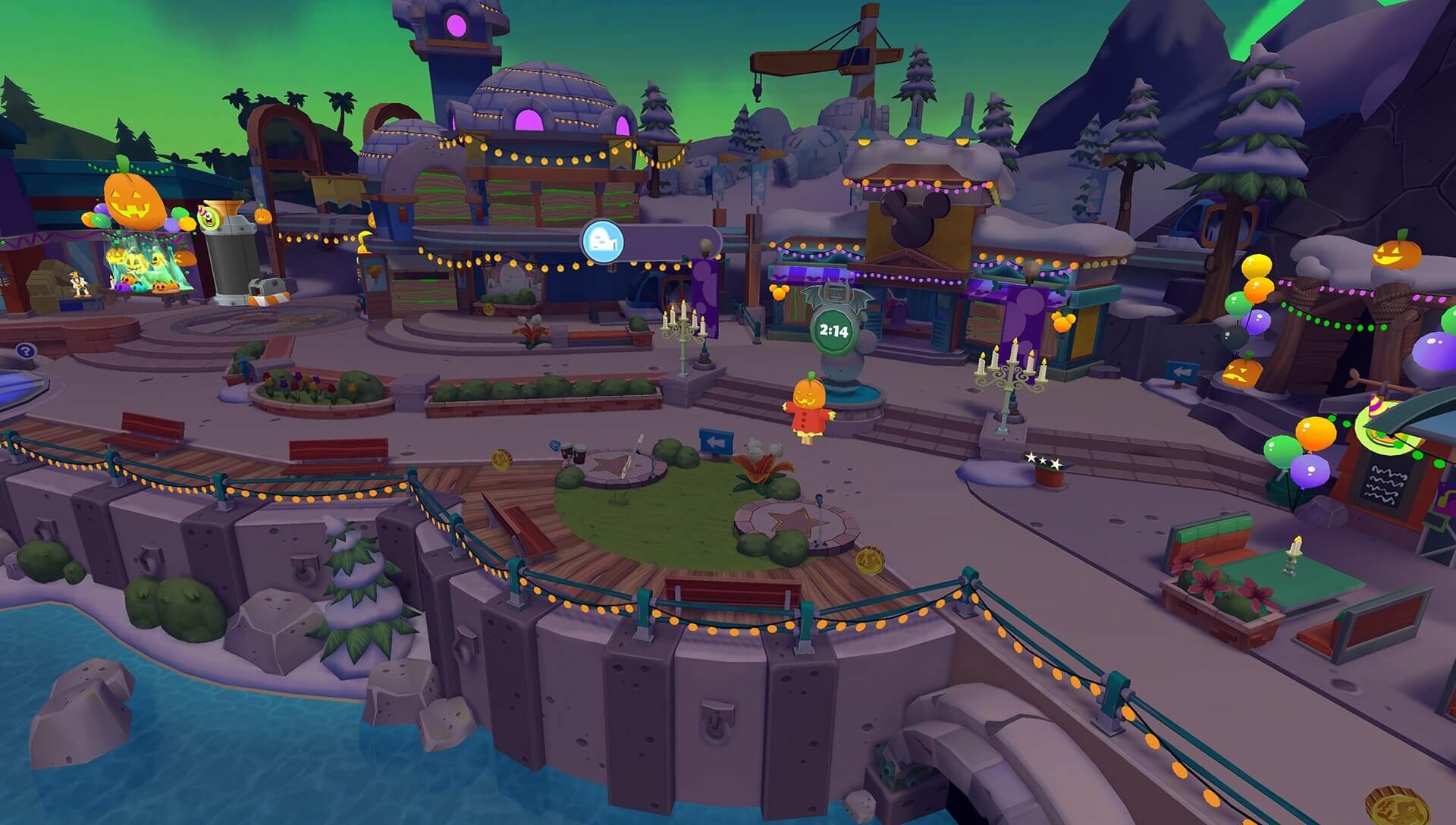 We start with a huge look of Island Central in 1.7, with Franky’s on the right and the mosaic on the left. For the first time, it seems clear that there will be another Disney Store (possibly for furniture) and we get a look at some of these busking stations. Igloos will still be under construction.

There is also water and what appears to be a canal, which to me, is the most beautiful part of this area! The timer suggests some sort of mini-game with this area, and Gary being on the far left does open up the possibility of Gary’s Adventures in the future! 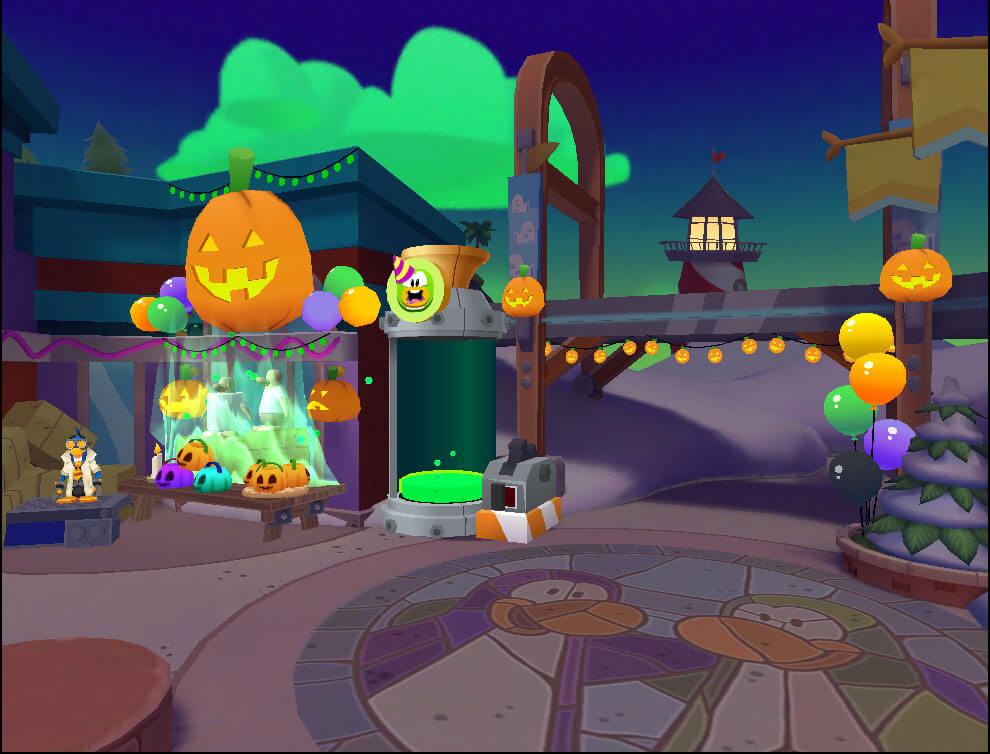 The image above also seems to show some Halloween themed blueprints and some sort of mysterious portal. We do know that non-members will receive an item in this event though! Those were the main things which are new in the Island Central area!

The image above of Beacon Boardwalk demonstrates some more of the spooky designs, but to me, the Full Moon in green looks slightly weirder than the one on classic Club Penguin? I love the Jack’o Lanterns though and I think they’re a great way to bring light to the island! The Migrator also looks spooky, and Rockhopper’s vampire redesign does look awesome! 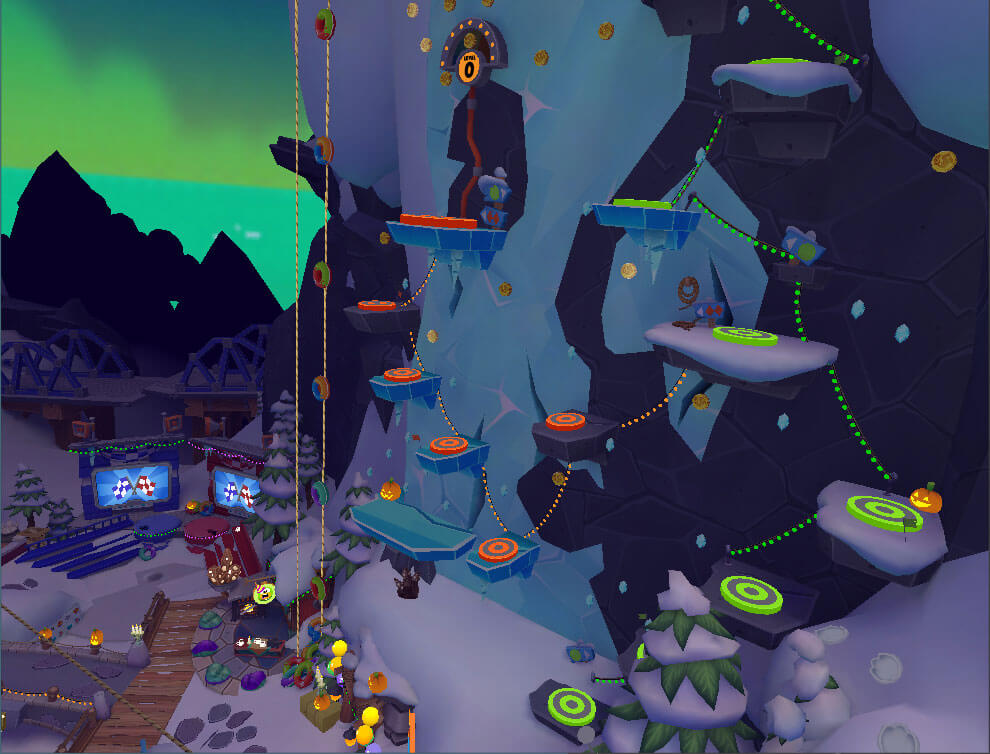 The last picture shows Mt. Blizzard’s climbing wall illuminated, as well as the spooky shadows and the sky in the background! Once again, I don’t really like the shade of the sky and it seems like there’s water, except the colour has been changed, but I do appreciate the effort to bring back the dark sky!

Overall, this event seems to have succeeded my expectations! The next question is how long will this event last for, but I’m just really excited to see the Halloween Party and Island Central area in-game. Be sure to check back for more of the latest news and guides, thank you for reading!