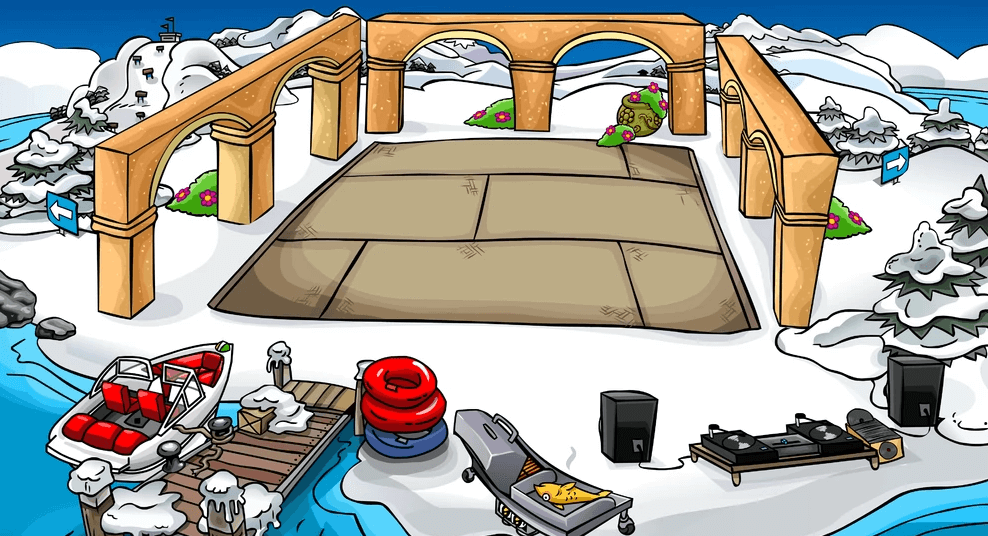 A very small sneak peek has been released of the Winter Fiesta on Club Penguin Rewritten, which starts in just two days!

The party has been hyped up significantly with there being “plenty of stuff”, including some unexpected content! The screenshot posted by Joee was quite minor, but it was the caption which is the most intriguing!

Look at the penguin’s surroundings. We’ve mixed it up a bit. There’s some new stuff in there.

Honestly, I’m not entirely sure what this could mean! Perhaps it’s a reference to there being rooms from three years worth of Fiestas into just one party! I also don’t see anything too new in the surroundings.

For those interested, this is the closest room that can be found of the sneak peek. It is the Dock from the 2009 Fiesta.

Whilst I’m not sure what the “surroundings” could be, I wanted to share this with you in case you have an idea on what Joee means about the Winter Fiesta! Either way, the party will begin on Wednesday!