Ever since Operation Blackout, the Elite Penguin Force HQ and Penguin Secret Agency HQ has been severely damaged. However, the good news is that the re-construction has started! A message in the newspaper has also confirmed this.

If you head to the EPF HQ, you will find some boxes scattered across the room which weren’t the previously! Nothing has been fixed yet though. 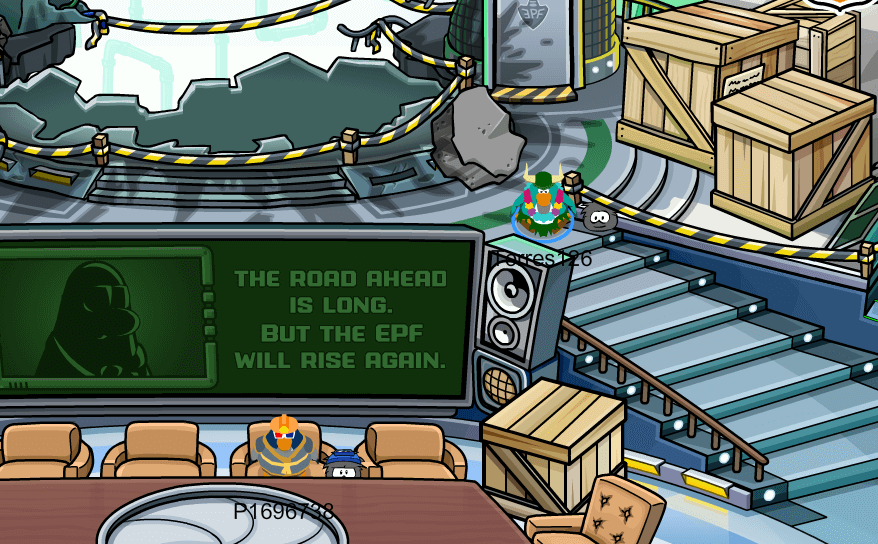 The PSA HQ looks even cooler, with some boxes scattered around along with a table. Even a drawer has fallen over, as well as a computer screen! Once again, nothing has been fixed here though you can still do the PSA missions. 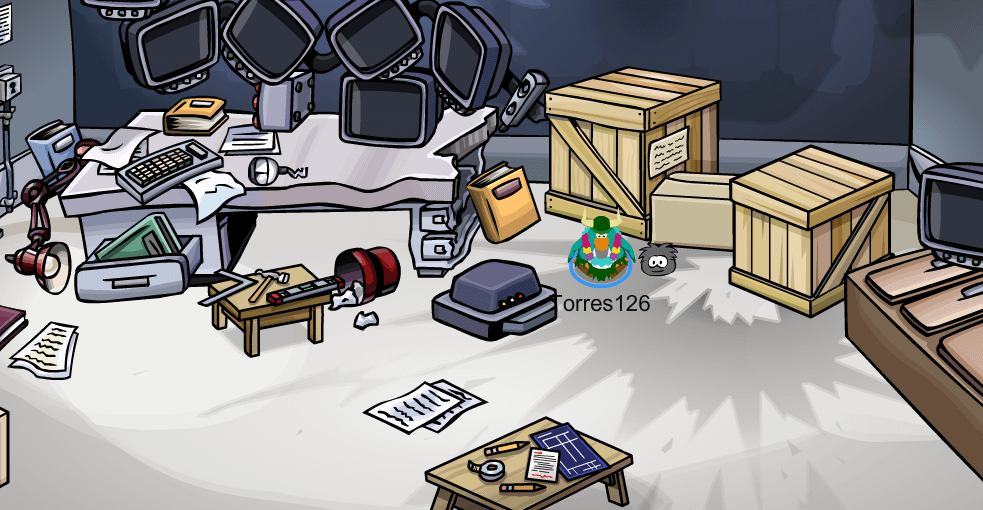 I’m really excited for the reconstruction, especially because it means that we’ll hopefully be able to explore some more Field-ops! An administrator has confirmed that it will be rebuilt soon, and it’s great to see construction begin!